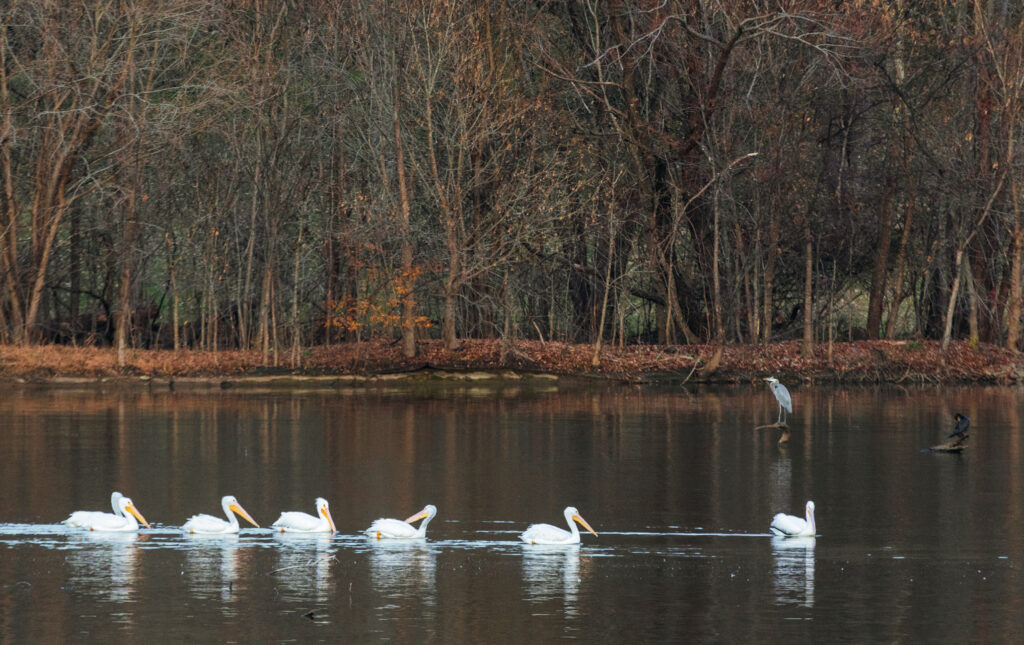 As winter sets in across Tennessee, new photographic opportunities arrive almost daily in the form of migratory birds. Some species stay all winter while others stop to feed and rest before continuing their southern migration. These avian travelers will reverse their routes in the spring.

Many birds return to the same places year after year depending on their ability to find water, food sources and nesting sites. This year, reports started coming in late November that a few different groups of American white pelicans and sandhill cranes had returned to East Tennessee at the Hiwassee Wildlife Refuge in Birchwood.

The Hiwassee Wildlife Refuge is one of several hotspots for migratory birds in Tennessee that is managed by the Tennessee Wildlife Resources Agency. Reelfoot Lake, Radnor Lake and Seven Islands State Birding Park are just a few of Tennessee’s State Parks to which birders and photographers alike flock during migrations.

In early December, I heard that a flock of American white pelicans had returned to Old Hickory Lake, which is relatively close to where I live. I immediately wanted to see and photograph them. Knowing that finding them would be hit and miss, I spent half the day driving back and forth from Hendersonville and Hermitage with no luck.

The lake lies between the two cities in Middle Tennessee. As the pelican flies, it’s only a couple of miles from their favorite coves in Hermitage to this location where I found them. By car, it takes 30 minutes or more. On my last drive down Sanders Ferry Road, I spotted about 30 of them perched on a log in the water.

They were preening in the late afternoon light, which was fading fast. I was able to photograph them for about 20 minutes before the light was gone. To date, this was the one and only time I have seen them.

Try these websites for more migratory birding locations near you: 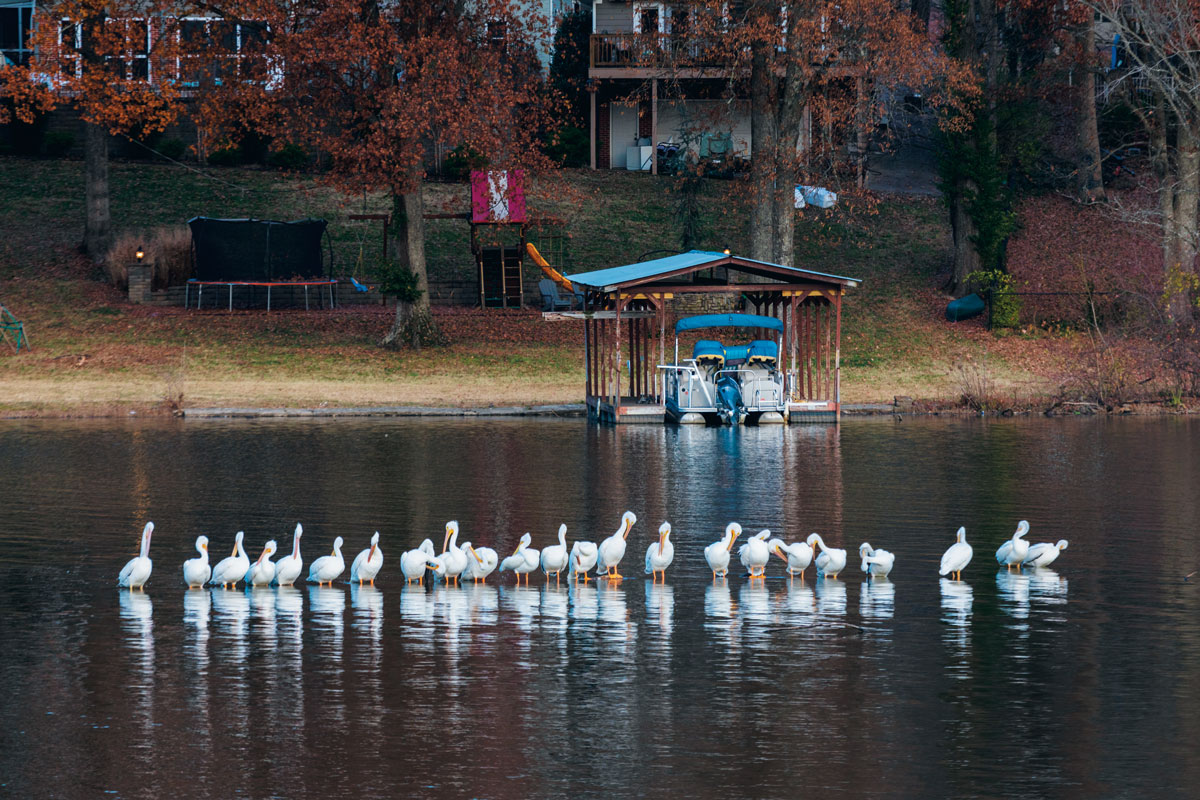