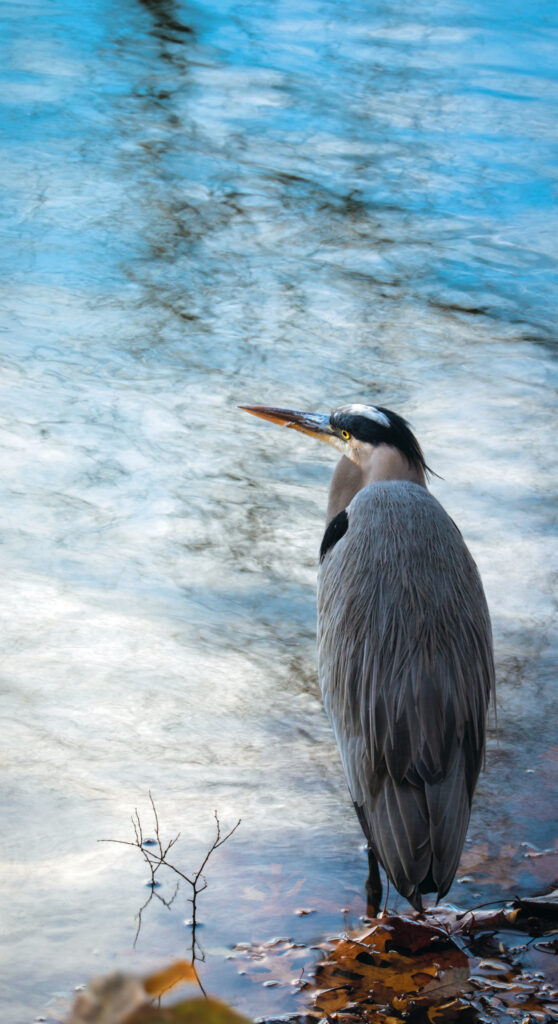 Two of my favorite subjects are abstract reflections on water and great blue herons. On a recent hike, I was able to capture both in one photograph.

When shooting any kind of image, the background is one of my first considerations — no matter what the subject is. In nature photography, you can’t ask your subjects to “take one step to the left” to place them in the best spots to avoid distracting backgrounds.

This heron was positioned against a distracting background with many limbs reflecting in the water. As herons do, he was standing motionless on the edge of the water, surveying Radnor Lake for his next opportunity to snag a fish just beneath the surface.

He was positioned just below Otter Creek Road, and numerous people had already walked past him, many not ever seeing him. I would have preferred to be a bit farther away as I didn’t want to disturb his hunt. But I was walking on the same road when I spotted him, and my presence didn’t seem to bother him at all. I stopped in my tracks and didn’t move any closer as I moved my camera into position and composed the image from about 15 feet away. This particular heron is somewhat “used” to the presence of people as Radnor Lake is one of Tennessee’s most visited parks.

After watching him extend his long neck and jab at several small fish, he hunkered down into this position, remaining very still. That’s when I decided to use a slow shutter speed in hopes that movement in the water would blur the background, making it less distracting.

With my all but motionless subject and the undulating motion of the lake’s surface, I was pleased with the resulting abstract background and the sharpness of the heron, which remained still during my half-second exposure.

I stayed with this bird about 10 minutes until I started to gather a crowd of onlookers who wanted to see what I was seeing. I thanked him for his patience and cooperation and moved on. 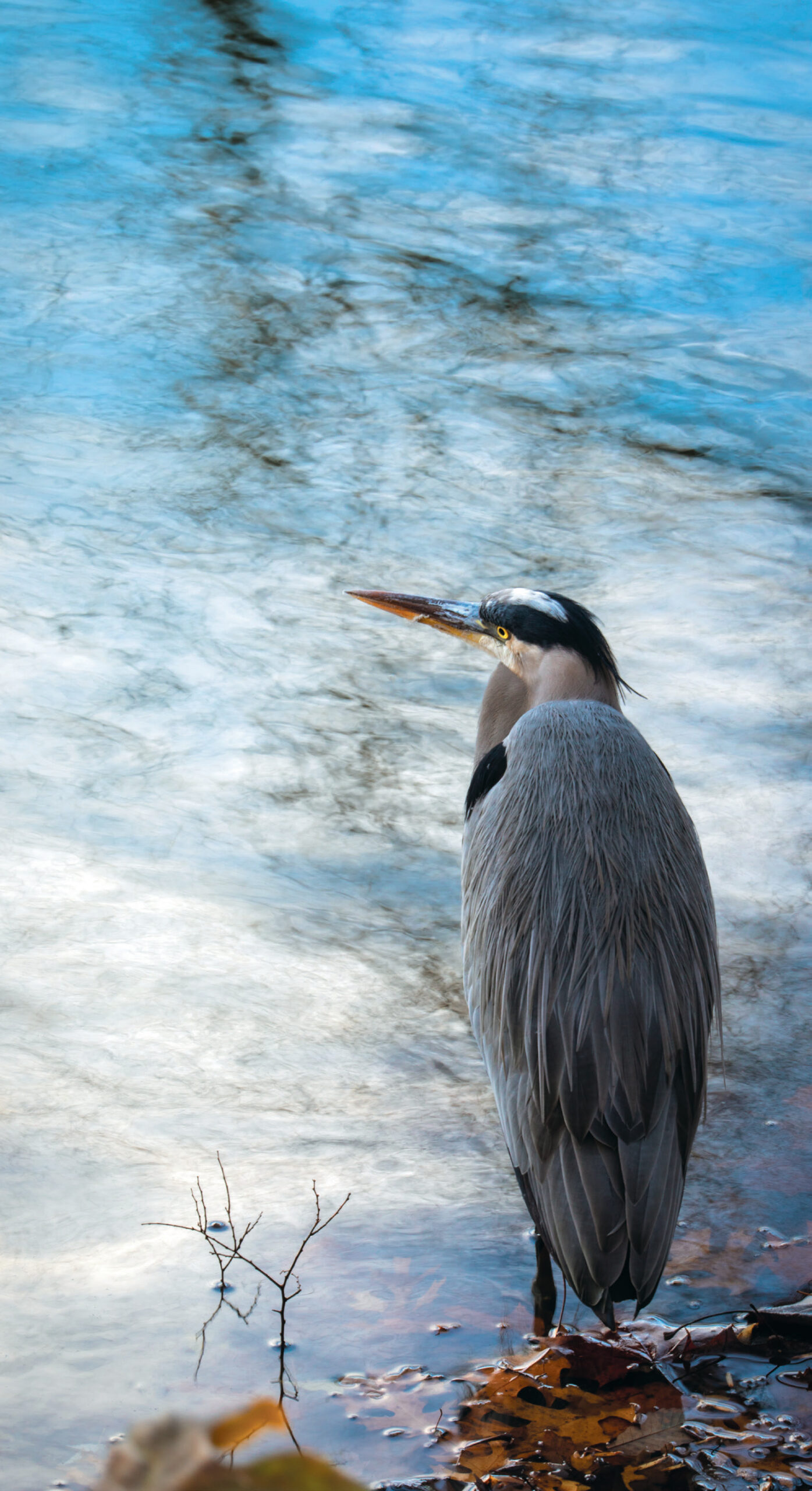