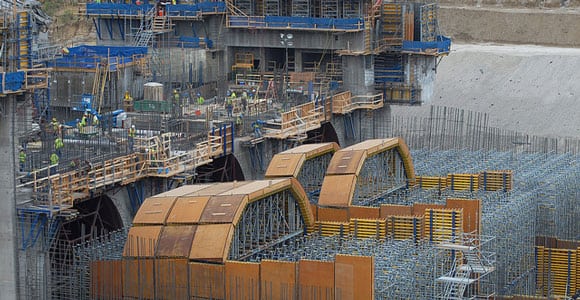 While July may have been a month of extremes at home here in Tennessee, the citizens of South Dakota, Montana, California, Arizona and Colorado got a sneak peek at the proposed destruction of one of the few things the federal government does really well. The first public meetings to discuss an extreme change to the operation of government-owned hydroelectric dams took place, and the picture painted is not rosy for us here in Tennessee.

At the beginning of the 20th century, the federal government began building dams along many of the nation’s rivers — ending vicious cycles of drought and floods, providing navigable waterways for barges and pleasure craft alike and creating recreational opportunities for boaters, fishermen and other water enthusiasts. Power generation facilities were added to the design of the dams to harness the power of the water. This was the original “green power.” Since the dams would have been constructed anyway, the government formed entities to sell the power generated at cost — in other words, just enough to cover the cost of running the turbines and switchyards. These entities were called Power Marketing Administrations (PMAs).

Today, more than 600 electric co-ops (as well as 500 municipal electric systems) serving 50 million consumers in 34 states receive power from PMAs. The multipurpose dams that churn out power for the PMAs account for about 48 percent of the country’s hydroelectric production and remain critically important to enhancing the quality of life in co-op-served communities.

In March, however, Steven Chu, secretary of the U.S. Department of Energy (DOE), announced a proposal that could affect this historic PMA mission and lead to higher electric bills for consumers. He declared that PMA strategic and capital improvement plans, resource dispatch procedures and rates would have to change to provide incentives for boosting energy efficiency and demand-response programs, enhancing integration of wind farms and solar systems to the grid (to better ship renewable energy to distant consumers), testing innovative cybersecurity technologies and preparing for electric vehicle deployment.

Unfortunately, PMAs are the wrong tool for implementing these goals. For starters, DOE’s vision would single out one segment of electric consumers to pay for benefits that flow to others. It is, in essence, a back-door tax on existing PMA customers.

PMAs and their customers have already successfully integrated energy-efficiency, demand-response and wind and solar power resources that make economic sense, and they will keep doing so. Meanwhile, opportunities abound to strengthen and improve the PMA-cooperative relationship. Congress and the White House could commit to spending the money on capital improvements necessary to properly maintain federal dams while increasing the efficiency of turbine-generators used to produce electricity.

As we learn more about Chu’s directive through the public meetings that occurred out West, it is clear to me that his proposals would only raise the cost of electricity for consumers in Tennessee. The Tennessee Valley Authority purchases all PMA power generated along the Cumberland River and then resells that power to your local electric cooperative. Additional costs, with no resulting benefits accrued, would be detrimental to the economic growth of our rural and suburban communities.

Tennessee’s members of Congress seem to agree. A large, bipartisan group of senators and representatives sent a letter to Chu expressing their displeasure with his plan and asking him to consult with both the consumers of PMA power and Congress before moving forward. Senator Lamar Alexander and Reps. Phil Roe, Jimmy Duncan, Chuck Fleischmann, Diane Black, Marsha Blackburn and Stephen Fincher joined 150 of their colleagues in signing that letter. I’m thankful for their actions, so please take the time to tell these elected officials if you appreciate it also.

We will keep you informed as DOE moves forward. I’m hopeful Chu will listen to the wisdom of Tennessee’s members of Congress. Don’t hold your breath, though.