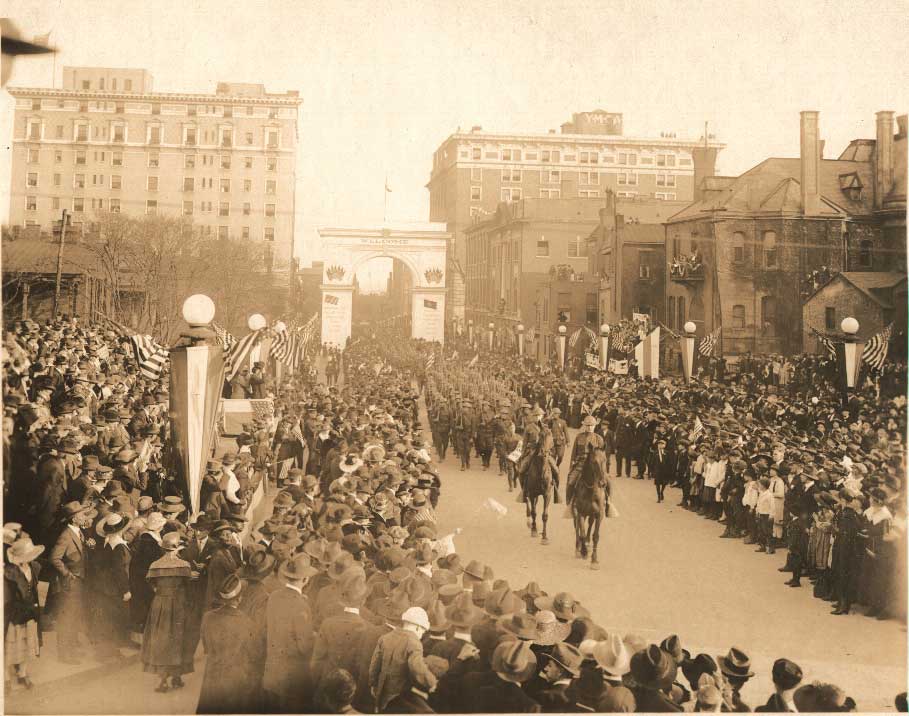 Here are five interesting news stories in the world of Tennessee history that didn’t make it in our regular features.

Under the social studies standards passed in July by the state Board of Education, there will be changes to the way Tennessee history is taught in public schools beginning with the 2019-2020 school year. The most important development is that an uninterrupted semester of Tennessee history has been carved out in the spring semester of fifth grade.

This represents a major change in the approach employed by Tennessee’s public schools since 2002, when Tennessee adopted a system under which state history was “embedded” into the grades four, five, eight and 11 curricula. Under this future system, all of grade four and the fall semester of grade five will become “straight up” U.S. history, while the spring semester of grade 5 will become Tennessee history.

The story of how all this came about is a long one. Key to the process was a bill passed by the General Assembly in May (sponsored by Rep. Art Swann of Maryville and Sen. Ferrell Haile of Gallatin) mandating Tennessee’s return to having a standalone state history class.

The grave of President James K. Polk was moved twice in the 19th century: first from the Nashville City Cemetery to his Nashville home known as Polk Place and then to the grounds of the Tennessee State Capitol.

A proposal by a group called the Polk Tomb Relocation Committee to move it a third time — to a site near the James K. Polk Home and Museum in Columbia — was debated by the General Assembly in 2017. After a long debate, the joint resolution approving the move passed the Senate but is still pending in the House.

A lot of people have strong opinions about this matter. A New York Times article about the idea even quoted a column I wrote about Polk’s grave in 2015.

Even if this resolution passes the Tennessee House, the idea has a long way to go. Other state government bodies still have a say in the matter, including the State Capitol Commission and the Tennessee Historical Commission.

Furthermore, the Chancery Court of Davidson County would still have to give final approval for the movement of any grave. Regardless of what the state decides, the court could still block it.

Meanwhile, the new, $120 million Tennessee State Museum is under construction next to Bicentennial Capitol Mall State Park in Nashville. If you drive past the site, you can see that the imposing, two-story, 137,000-square-foot museum is well on its way to being completed.

The facility is scheduled to open in fall 2018. You can see more about the new museum at www.tnmuseum2018.org.

Nashville held a ribbon-cutting at Fort Nashborough in June. For the first time in about five years, visitors to downtown can see and touch a series of log structures that represent Nashville’s earliest settlement — and these structures are far more authentic than the ones that they replaced.

However, the Fort Nashborough project has two phases, the second of which hasn’t been funded. The public is not yet allowed to enter the structures, which do not yet have the interpretive exhibits planned for them. Furthermore, the Nashville Parks Department has not formed a nonprofit friends group for Fort Nashborough. Until it does, I don’t believe there will be any events staged there.

About a decade passed. Every year or so there would be another story in local Chattanooga news quoting people from the history center who said the project was moving toward its fundraising goal and would soon be opening with first-class, high-tech exhibits. In 2015, I even brought a history center staffer to a teacher inservice in Hamilton County.

However, last year the board of the Chattanooga History Center announced that its staff had been laid off and that the center would not open. A few months later, its historical collection was donated to the University of Tennessee at Chattanooga and the Chattanooga Public Library.

“We didn’t raise enough money to get over the hump and get the museum up and running,” a board member told me.

The Charles H. Coolidge Medal of Honor Heritage Center is now trying to raise money to move its museum into the site previously set aside for the Chattanooga History Center.