Slow Down Move Over Save Lives 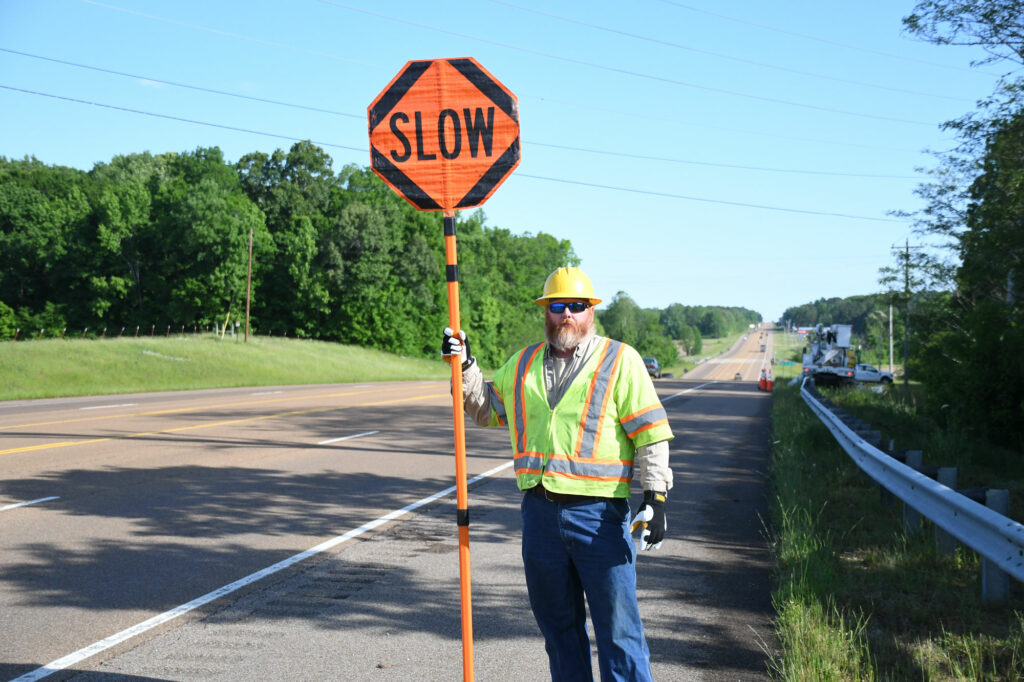 “We see it every day — drivers coming through our work sites without slowing down, moving over or even paying attention,” says Tony Smith, a truck operator for Pickwick Electric Cooperative in Selmer.

Smith’s words reflect experiences shared by many utility workers across the state. “Working near traffic is one of the most dangerous things we do,” he adds.

That’s a surprising statement when you consider the hazards that lineworkers face each day: high voltage, heights and dangerous weather.

“It’s a really, really dangerous job, but you can make it safe as long as you follow the rules and do your part,” says Smith. “But no matter what we do to keep ourselves and our co-workers safe while up a pole, we still need drivers to pay attention and slow down. We can’t control what they do.”

Tennessee, like most states, has a “Move Over” law that was passed in 2006 to protect police, firefighters and other first responders. The Tennessee Electric Cooperative Association and other utility groups successfully petitioned the Tennessee General Assembly to expand the law in 2011 to include utility and highway workers.

Despite these efforts and others like them across the nation, many motorists simply don’t pay attention. According to U.S. Occupational Safety and Health Administration, in 2020 there were 14 fatalities that involved workers being struck by vehicles.

The law is simple: When approaching a roadside utility crew with flashing lights, drivers must move over when possible. If moving over is not possible or if they are on a two-lane road, drivers must slow down significantly.

“You’re passing somebody’s father, somebody’s son,” reminds David Tacker, line foreman for Pickwick Electric Cooperative. “Moving over and slowing down are simple things that drivers can do to be sure these crews go home safely at the end of the day.”

Slowing down and moving over for utility workers show common courtesy, and it’s the law. 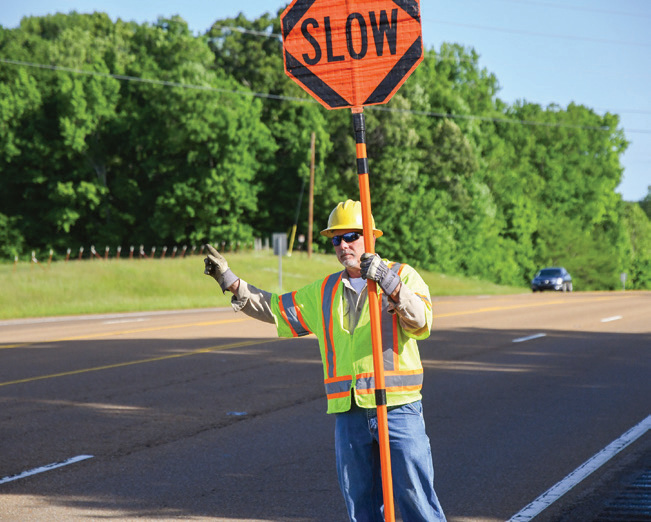 A driver’s guide to Tennessee’s Move Over law

The “Move Over” law applies to first responders such as police, fire and EMS as well as utility and highway maintenance crews, garbage trucks and recovery vehicles such as tow trucks.

When safety and traffic conditions allow, a driver approaching first responders or highway or utility vehicles with flashing lights must move to the lane farthest away from roadside crews.

When changing lanes is not possible, a driver must reduce speed significantly when approaching a utility vehicle with flashing lights. 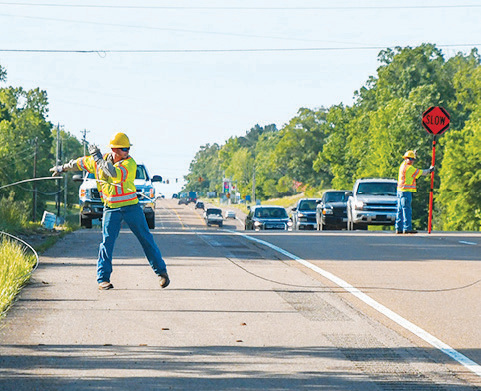 Trent Scott serves as vice president of corporate strategy for the Tennessee Electric Cooperative Association. In this role, he coordinates the corporate communication efforts of TECA and The Tennessee Magazine and provides assistance to member utilities. Trent holds an undergraduate degree in marketing from Freed-Hardeman University and a Master of Business Administration from the University of Tennessee. Trent and his wife, Suzanne, have two children and live in Henderson.