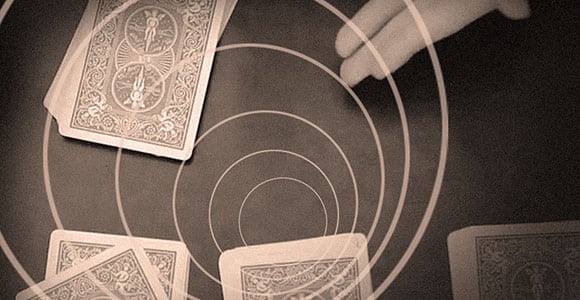 A quick Internet search reveals many ways to save energy around your home — and a lot of them are too good to be true. Scams generally center around misstatements of science or confusion over utility programs. That’s why it’s always a good idea to call your electric co-op to verify or ask questions about any energy-saving program you see advertised.

The most popular scam right now involves a device that promises to save energy without requiring you to make any changes in behavior, turn anything off or adjust the thermostat. People who sell these “little boxes” often claim outrageous energy savings — sometimes as much as 30 percent or more — couched around legitimate utility terms like power conditioning, capacitors and power factor.

The bogus marketing spiel usually goes something like this: The model being sold will control alternating current power factor and reduce electric bills. It will condition your power and make appliances last longer. It uses no power and has no moving parts. It will make motors in your home run better.

Accompanying materials often caution “your utility doesn’t want you to know about this device.” That last part is true — because these boxes are a rip-off.

What’s the reality? While electric co-ops use various components to correct power factor for commercial and industrial consumers, power factor correction is not a concern with homes.

Engineers at the University of Texas-Austin concluded that one of the units could produce no more than a 0.06 percent reduction in electric use in an average house. The Electric Power Research Institute, a Palo Alto, Calif.-based nonprofit research consortium made up of electric utilities, including electric cooperatives, recently tested one of the most popular residential power factor correction products and found that it generated average power savings of just 0.23 percent — far from the 30 percent claimed by its manufacturer. At that rate, it would take a typical homeowner more than 70 years to recoup his or her investment.

In short, these devices are nothing more than ordinary capacitors employed in electronic circuits to store energy or differentiate between high- and low-frequency signals. Companies selling these products change names quickly and often and move from town to town looking for new victims.

There are several questions you should ask a sales representative when reading an ad for the next magical cure-all:

Does the product violate the laws of science? For example, does it claim to be capable of “changing of the molecular structure … to release never-before tapped power?” If true, the invention would quickly be sold in every store across nation, not marketed through fliers or a poorly designed website.

Was the product tested by an independent group? If the performance of the product was not tested and certified by a lab or entity not connected to the company selling it, be very skeptical. Don’t allow a salesman to verify claims. One popular trick is to hook up the little box to a motor and a power meter. When turned on, the meter records a drop in what appears to be power consumption. This is a trick — the meter is actually recording reactive power. This is not the same type of meter hanging on the side of your home.

Is it too good to be true? If so, it probably is. A video getting play on the Internet shows a consumer reporter for a television station testing one of these little boxes. By looking at electric bills before and after installation, he concludes that the device is a good buy. However, an excessively hot or unusually cool day can cause one month’s electric bill to run significantly higher or lower than the previous month. Wise consumers always ask to see electric use for the same month from the previous year or years, not previous month, and factor in weather anomalies for any savings claims.

Brian Sloboda serves as Senior Program Manager for the Cooperative Research Network, the research arm for the National Rural Electric Cooperative Association. Sloboda is responsible for the day-to-day management of CRN research regarding energy efficiency, demand response and electric distribution & operations. Brian has been at NRECA for 15 years, and prior to joining CRN, worked in NRECA’s Education and Training Department. He has degrees in political science and speech communication from Fairmont State College.