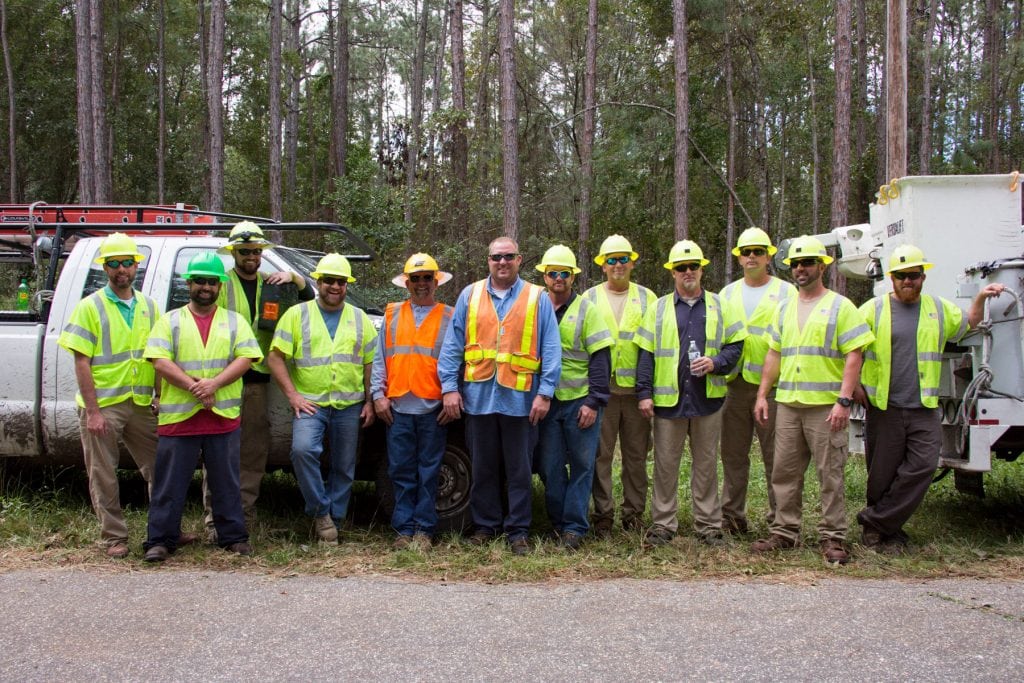 I’ve written before about the work electric utilities do when inclement weather strikes. It’s something we do routinely — sending crews of lineworkers and support staff to assist with storm recovery. We’ve had ample opportunity for that lately with the recent hurricane season — one of the most destructive in recent history.

When severe weather strikes, people prepare. If you live along the Gulf Coast and a hurricane is rolling in, you buy plywood, board up your windows and head inland. If you live in Tennessee and snow or ice is predicted, you go to the supermarket and stock up on milk and bread … all the milk and bread!

Preparation in the electric cooperative community does have some similarities; we make certain these crews have food and lodging. But a lot of other work goes into putting the people and equipment into position to get the lights back on.

Moving crews and supplies long distances takes precise coordination and a lot of preparation. Recently, more than 1,500 lineworkers went to Puerto Rico to continue the massive reconstruction efforts on the island. Recovery has been painfully slow for a variety of reasons, and the influx of lineworkers will help jump-start that work.

It takes a long time for crews from Tennessee to drive to Texas or New York for hurricane recovery (we’ve done that in recent years). It’s just a drive. Reaching Puerto Rico, though, creates greater logistical challenges. A couple of weeks before the workers left, bucket trucks and other equipment were loaded onto barges for the several-day trip to the island in the northeast Caribbean Sea.

That is an extreme example, but preparation for any storm recovery takes planning. In fact, long before the first worker is on site, quite a bit of work is already underway.

Conversations among electric cooperatives start at the first sign that a storm system looks as though it could damage utility infrastructure. It all begins with the weather. Electric cooperatives depend heavily on weather forecasts. Most electric utilities regularly receive detailed weather briefings from a variety of sources. These detailed forecasts allow us to predict demand for power use (hot summer days) and prepare for wind or ice damage.

At press time, cooperatives in Tennessee and other states were anxiously watching Winter Storm Hunter. The first “storm call” involved electric cooperative personnel from Louisiana to Wisconsin to Vermont. We discussed what states would be impacted and what states could assist those in need.

Dealing with weather is like hitting a moving target — because that’s exactly what it is. It is rare that the first plan of action is the last. Subsequent calls become more detailed as storms move in and it becomes evident what areas are at risk. Throughout the process, there’s a lot of communication among cooperatives in many states.

All the calls, emails and texts are necessary in formulating a thorough response that moves workers and equipment to where they are needed as safely and cost-effectively as possible. Simply put, the goal is to get the lights back on as safely and as quickly as we can.