The evolution of energy efficiency 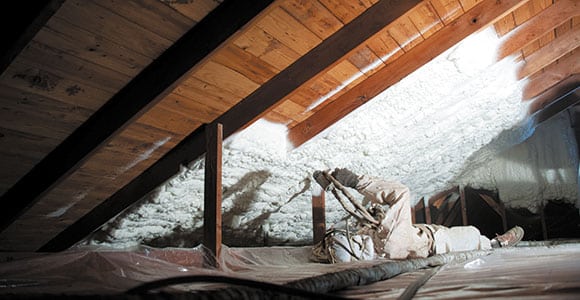 In 1963, a full decade before the 1973 Arab oil embargo that led to soaring energy prices, the nation’s electric cooperatives were encouraging their members to insulate “for comfort.”

“Insulation helps you maintain an indoor climate that is really livable without excessive heating and cooling costs,” an article from a 1963 co-op magazine said.

The same goal remains a half-century later — to help electric co-op members have more comfortable homes while also saving money on utility bills. Reaching that goal, however, involves much more than insulation, although that remains a key element of energy efficiency.

“We’ve seen additional improvements in insulation technology,” says Rob Weatherford, who works on in-home energy evaluations for Southwest Tennessee Electric Membership Corporation, headquartered in Brownsville. “For example, spray foam versus loose filled and/or batts. The emergence of encapsulated attics and crawlspaces with the use of spray foam is becoming an exciting technology.”

Energy-efficiency programs have improved greatly over the years with the addition of new technologies beyond improvements to insulation.

“The efficiency of electric heat pumps has increased substantially over the past seven or eight years from a 10 SEER (Seasonal Energy Efficiency Ratio) to greater than 13 SEER,” Weatherford says. “Improved technology with electric heat pumps also has resulted in increased comfort for our members in their homes. Increased technology such as variable speed heat pumps has provided a comfort for our members as never experienced in years past.”

According to Carl Ledbetter with Upper Cumberland EMC in Carthage, co-op members are much more savvy about energy efficiency now thanks to the education efforts of power distributors, appliance ads and do-it-yourself home improvement programs on TV. But this interest in and attention to home energy efficiency wasn’t always so common.

Even with encouragement from the co-ops and others to “insulate for comfort,” interest among the public was low in the 1960s and early 1970s because energy was cheap and plentiful. Instead, it took a major world event to bring attention to energy efficiency. That event — the Arab oil embargo of 1973 — put the idea of energy conservation in the limelight like never before. Later in the 1970s, when the federal government, citing natural gas shortages, mandated that utilities cease using natural gas for power production, Americans saw their electric bills begin to soar. By the 1980s, those bills were skyrocketing.

Our nation was very dependent on natural gas for electricity generation, but the shortages required a shift away from it. Many utilities turned to coal-based generation while others moved toward nuclear power. Regardless of the choice, building new plants meant higher electric bills for Americans. The result was a lot of pain in the pocketbook for ratepayers.

In seeking ways to help members cope with the pain of soaring bills, electric co-ops stepped up energy-efficiency promotion efforts. In the late 1970s and throughout the 1980s, electric co-ops encouraged the use of insulation but also pushed caulking around doors and windows as well as the installation of high-efficiency heat pumps and water heaters. The Tennessee Magazine and its counterparts in other states were filled with energy-saving and “weatherization” tips, even going as far as to encourage readers to leave the lids on their pots while cooking to conserve heat and to plan a “no-cook” dinner at least once a week using fruit, salad and cold meats.

In 1992, the U.S. Environmental Protection Agency (EPA) launched the ENERGY STAR voluntary labeling program designed to promote energy-efficient products, homes and buildings. The first products to receive the ENERGY STAR rating were computers and monitors. Since then, the label has expanded to include other office equipment products as well as residential heating and cooling equipment. In 1996, EPA joined with the U.S. Department of Energy, and the ENERGY STAR labeling program expanded to include major appliances, lighting, home electronics, new homes and commercial and industrial buildings. The program’s website says it helped consumers save about $24 billion in 2012 alone.

According to the ENERGY STAR site, the typical household spends about $2,200 a year on energy bills. Changing over to ENERGY STAR appliances, lighting and home electronics can save you more than 30 percent, or $700 annually, with a similar reduction in greenhouse gas emissions.

The stable electric rates of the 1990s gave way to rising costs by the mid-2000s as railroad transportation issues led to a shortage of coal, forcing utilities to use more expensive natural gas-based generation to make up the difference. At the same time, demand for electricity continued to grow, fueled by America’s growing appetite for electrical appliances, gadgets and big-screen TVs. The surplus generation of the 1980s and 1990s was gone.

Today, the EPA is proposing regulations to restrict carbon dioxide emissions from new and existing power plants, moves that will inevitably force utilities to move away from coal-based generation. As federal regulations push electric utilities to move back to using more natural gas, fuel cost volatility is returning. In recent years, proponents of natural gas have sought to allay fears of the resource’s traditional price volatility by touting the abundance of low-cost natural gas from the nation’s shale gas boom. However, the unusually cold temperatures of the winter of 2013-14 proved that natural gas prices are far from stable. Because of higher-than-normal demand, natural gas prices soared 1,000 percent in February. Natural gas that was once priced at $4 per unit soared to $40. In New England, where more than 50 percent of electricity is generated by natural gas-based plants, natural gas shortages forced grid operators to use jet fuel to power some of the plants.

With the trend toward natural gas for electricity generation, the push for more development of renewable resources and the move away from coal-based generation, electric rates are once again poised to rise. That means that energy-efficiency programs are needed now more than ever.

The first step toward making your home more energy-efficient and cutting your energy bills is to understand what items in your home use the most energy. According to the U.S. Department of Energy, heating and cooling are the biggest energy-users in a household, making up about 46 percent of a total energy bill, followed by water-heating at 14 percent. Next are appliances at 13 percent, lighting at 12 percent, electronics at 4 percent and other items such as ceiling fans and TV set-top boxes at 11 percent. 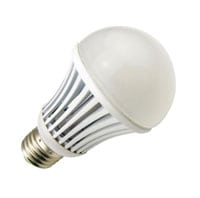 Now that you know what’s using electricity, it’s time for a professional energy audit of your home. Many electric co-ops provide these for members. Check with your local electric cooperative regarding availability.

Energy audits have evolved to a new level in recent years as the emerging field of building science grows. Computers and infrared thermal imaging are now regularly used. Calculations related to a blower door test, a key component of an energy audit, were once made with paper and pen. Now, a computer program does the math and more. Testing for air infiltration, now done with infrared thermal imaging cameras, used to be conducted with a smoke stick or by feeling for air leaks by hand. Technology is helping everyone be more precise and well informed when making decisions about how to improve a home’s energy efficiency.

No need for sacrifices

Some people take drastic measures during times of extreme conditions like this past winter’s unusual cold. They turn down their thermostats and supplement by using space heaters, often sacrificing comfort. While there may be instances where this is a good move, it’s not always the case. Sometimes these people would have been better off to leave the whole-house systems running.

The good news is that by following their co-ops’ energy-efficiency guidelines, members don’t have to sacrifice comfort. Some of the key components of an energy-efficient house are:

“Southwest Tennessee EMC recommends low-cost energy-efficient improvements to our members for a better return on their investment,” Rob Weatherford says. “Measures such as attic insulation, air-sealing, caulking, weather stripping and ductwork-sealing can result in a payback in energy savings in two or three years. These measures can be self-installed. Even the installation of a high-efficiency heat pump can result in large energy savings for our members. These savings can yield enough savings to make monthly payments for a financed heat pump.”

Energy efficiency as a good investment is a message the co-ops and others have shared for decades, and that message is hitting home. Cellulose insulation, once a rarity, is now commonplace in new construction. Foam insulation is also gaining in popularity, as are geothermal heating and cooling systems. ENERGY STAR appliances are everywhere, and consumers have embraced CFLs and LEDs.

“As tax credits continue to be available, geothermal heating and cooling systems are in higher demand,” Weatherford says.

Considering how far energy efficiency has advanced in recent decades, it’s exciting to think about what new improvements lie ahead.

For more information on how to make energy-efficiency improvements to your home, visit www.togetherwesave.com, www.doe.gov, www.energystar.gov and www.smartenergytips.org.