Travel Back in Time in Middle Tennessee for Family Fun

By Pamela A. KeeneApril 2021No Comments4 Mins Read 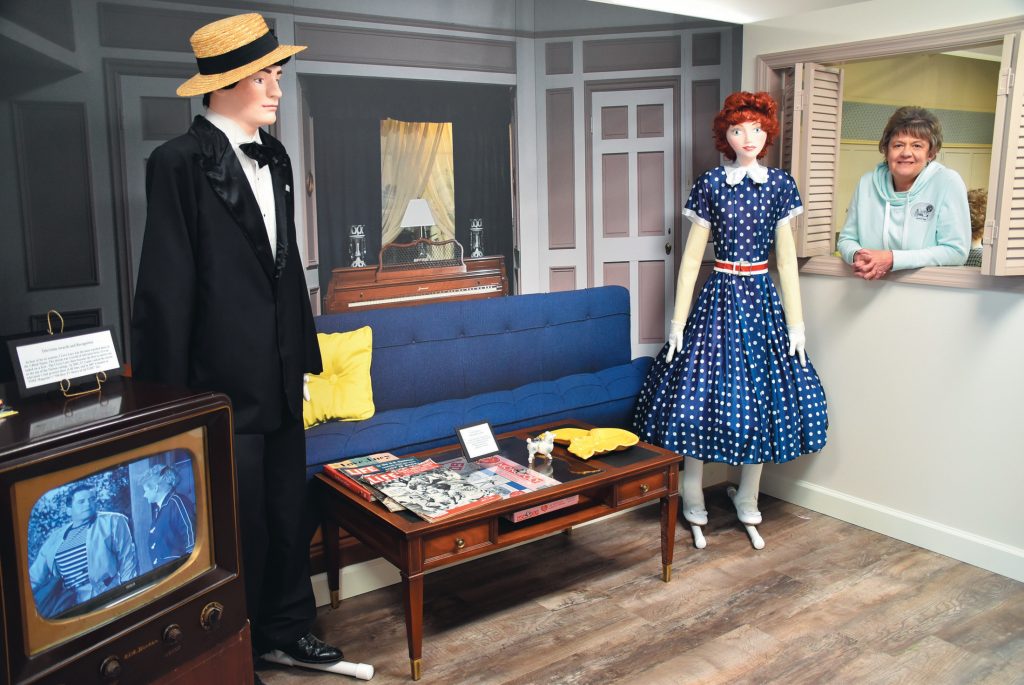 As “The I love Lucy Show” plays on the vintage television in the lobby, Linda Cox waits to greet you at the Mayberry-I Love Lucy Museum in downtown Granville. Dubbed “Tennessee’s Mayberry Town,” this quaint little getaway burg hosts events to lure folks of a certain vintage.
Share
Facebook Twitter LinkedIn Pinterest Email

Where can you find Ricky and Lucy, Andy and Barney and all the gang from two of the most popular television shows of the 1950s and ’60s? Take a trip to Middle Tennessee’s Granville. In the next two months, the town’s citizens are rolling out the red carpet to celebrate.

“With our Mayberry-I Love Lucy Museum, Granville has embraced a simpler time when the biggest challenges were what kind of pie Aunt Bea would fix for Sunday dinner or whether Lucy would be able to wrap chocolate candies fast enough,” says Randall Clemons, president of Historic Granville and the Granville Museum. “Especially in these times, it’s refreshing to go back 60 or 70 years to enjoy the lifestyle of your grandparents and great-grandparents.”

Known as “Tennessee’s Mayberry Town,” Granville has become a destination for fans of old-time television.

Granville came by its Mayberry identity honestly. Although “The Andy Griffith Show” was based on Mount Airy, North Carolina, Granville’s historic small-town atmosphere was easily adaptable. And when Richard and Linda Cox gave Granville their extensive collection of “I Love Lucy” memorabilia, it was only natural that the two television shows share the space in the town’s 1,000-square-foot museum.

In 2019, the town expanded its collection of Mayberry items with the purchase of an original black-and-white police car like the one used on “The Andy Griffith Show.”

“We saw an opportunity to rebrand Granville and capitalize on our old-fashioned charm,” Clemons says. “And ever since, we’ve been a popular travel destination for people wanting to step back in time.”

In 2020, Granville hosted its first Mayberry Lucy Day, bringing in professional impersonators of several of the programs’ stars, Lucy and Ricky actors, Mayberry band the Darlings, plus music and an antique-car cruise in.

“This year, on April 10, we’ll celebrate our second annual Mayberry Lucy Day, and it promises to be nonstop family fun all day long,” Clemons says. “The impersonators will be back, and for a special treat, Rodney Dillard, one of the original members of the Darlings, will perform.”

The celebration will include the 13th anniversary of the Sutton General Store and Sutton Ole Time Music Hour: dinner and a concert by the Blue Ridge Grass Band and Rodney Dillard of the Darlings.

On April 30 and May 1, the Mayberry Outdoor Dinner Theater’s Sutton Store Players re-create iconic episodes of “The Andy Griffith Show.” The outdoor event takes place in the Pioneer Village.

Granville’s newest attraction — The Jim Beam Whiskey Decanter Museum — opens on May 1 during the Cornbread and Moonshine Festival. Charles Barrett donated more than 2,000 vintage decanters for the collection.

“We are fortunate to have this collection of specially designed historic Jim Beam whiskey decanters from the early days of the distillery, and we’ve opened a 1,000-square-foot museum to show them off,” Clemons says. “Some of these are pretty rare and in the shapes of automobiles, trucks, airplanes and all kinds of characters.”

At the same time, Pioneer Village hosts the Eighth Annual Cornbread and Moonshine Festival with arts, crafts and music. Cooks will prepare traditional cornbread, hoecakes and other foods using cornmeal.

On May 29, Granville Heritage Day celebrates the town’s history with arts and crafts, antique cars, tractor and engine shows and the Uncle Jimmy Thompson Bluegrass Festival. The Grand Champion Fiddle Competition pits musicians from across the state in a fiddle-off for cash prizes. The winner will be invited to perform at the Ryman Auditorium in Nashville.

“Granville is a great little town with much to offer, and we’re proud of our heritage,” Clemons says. “And even if we’re not celebrating something, we’re a great place to come and visit to get away from the cares of the world.”