Treaty of the Holston helped create city of Knoxville 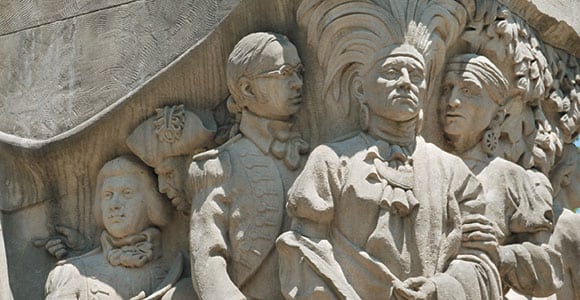 If you look it up, you will find that there have been somewhere in the range of 40 treaties between the Cherokee nation and the U.S. government (or the British government that preceded it). Two of these treaties have made their way into the new Tennessee social studies curriculum.

One is the Treaty of New Echota — the infamous 1835 treaty that started the “Indian Removal” now commonly referred to as the Trail of Tears.

The other is the Treaty of the Holston, which was signed in 1791 at the present-day site of Knoxville. Although this treaty and the negotiations behind it were not major turning points in the history of the United States or the Cherokee people, there are things about it that left an impression on Tennessee.

First of all, the Treaty of the Holston came during a rather complicated period of history on the frontier. It occurred after the American Revolution and the failed attempt to form the state of Franklin but before Tennessee became a state. This period (between 1790 and 1796) was the era of the “Territory South of the Ohio River,” also known as the Southwest Territory.

This was a transition time in Tennessee history, to say the least. People who lived in the present-day location of Tennessee had gone from being British subjects to revolutionaries to citizens of North Carolina to residents of the state of Franklin to residents of the Southwest Territory — all in about 16 years.

By 1790, fighting was frequent between Cherokee warriors and settlers in East Tennessee and the new settlements of Middle Tennessee. Part of the problem was that no one was sure where Cherokee land began and ended. To make the situation even more confusing, the appointed leader of the Southwest Territory was an outsider from North Carolina named William Blount rather than the popular John Sevier.

When he first got to the Southwest Territory, Blount resided at Rocky Mount, a private home in present-day Sullivan County. Meanwhile, there was a fort known as White’s Fort 60 miles southwest of there, along the large river known as the Holston (today we refer to this body of water as the Tennessee River).

White’s Fort seemed like a good, central location for a treaty negotiation. Blount invited Cherokee leaders to join him there in June 1791. According to historian Betsy Creekmore, the event was quite a sight:

“He (Blount) ordered built on the bank of First Creek an elaborate pavilion where he himself would sit. He wore for the occasion his finest uniform trimmed with gold lace, and he insisted that members of his party and the settlers from White’s Fort who attended the meeting should be dressed in their showiest and best clothes to represent the power and importance of the United States. Twelve hundred Cherokee arrived for the meeting, and William Blount had been right. They were impressed with the pavilion, and the bunting, and the gold lace of the governor’s party. But they were no more impressed than were the whites at the sight of the Cherokee chieftains, tall and straight and wearing every bit of finery they possessed.”

After several days of ceremony and negotiation, the Treaty of the Holston was signed on July 2, 1791.

The treaty stated that “there shall be perpetual peace and friendship between the citizens of the United States of America and the individuals comprising the whole Cherokee nation of Indians.”

Under the treaty, the United States government paid the Cherokee nation $1,000 per year (a lot more money then than it is now). This amount was later raised to $1,500.

Under the treaty, the present-day site of Kingston became the southwest boundary of the continental United States. (Because of this boundary, the U.S. army fort at that location would later be known as Fort Southwest Point.)

The Cherokee agreed to let boats navigate the Tennessee River and allowed for the creation and use of a road across the Cumberland Plateau. This road would later start at Fort Southwest Point and work its way across the plateau, crossing the Cumberland River at another fort known as Fort Blount (near present-day Gainesboro).

Perhaps the most important part of the treaty is where the Cherokee nation agreed to move toward farming and settled life and away from “remaining in a state of hunters” — a “civilization” program that had been suggested by President George Washington.

So was the Treaty of the Holston a success?

Absolutely not. Within a matter of months, practically every one of the terms of the treaty was broken. Soon the Cherokee were reporting that American citizens were settling and hunting on their land, and Americans were reporting numerous acts of violence against them on land or on passageways guaranteed to them by the treaty.

It should also be pointed out that not every Cherokee leader agreed to the Treaty of the Holston. Notably absent from the negotiations was Dragging Canoe, leader of the warlike branch of the Cherokee known as the Chickamaugans. 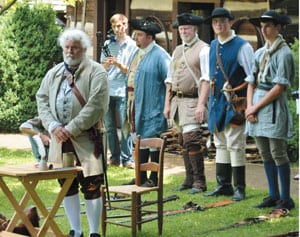 In 1795, only four years after the Treaty of the Holston, volunteer soldiers from East and Middle Tennessee took part in the Nickajack Expedition against these very Chickamaugans. Soldiers eliminated every warrior they could find in villages such as Nickajack and Running Water. By 1798, it was time for another big treaty, today known as the First Treaty of Tellico.

There is, however, one long-term result of the Treaty of the Holston. During the negotiations, Blount decided that White’s Fort was a better place for a center of government than Rocky Mount. The capital of the Southwest Territory was moved to the community around White’s Fort, which Blount named for his immediate superior, Secretary of War Henry Knox. Thus the city of Knoxville was created along the banks of the Holston.

What many people today don’t realize is that the name of the river in Knoxville remained the Holston for quite a long time. It wasn’t until a federal statute in 1890 declared that the start of the Tennessee River was, in fact, where the French Broad and Holston rivers merge. It was only then that the city of Knoxville was officially located on the Tennessee River.