Welcome back to Nashville 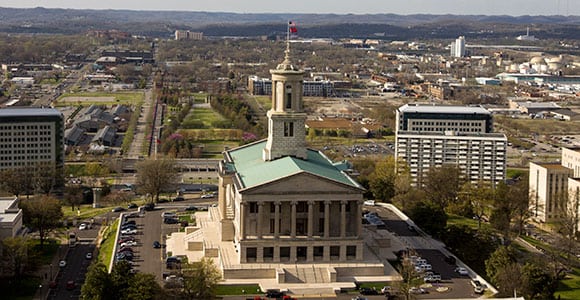 One of the things that makes your cooperative different from “a regular old power company” is that it is owned and controlled by its individual members. Good people like you take time out of their lives and put themselves up for election to serve on the board of directors at your co-op. They are your neighbors, and that local connection is what makes a tremendous difference in the priorities that guide their work. While you might hear other utilities owned by huge, multinational corporations talk the talk about things like commitment to community, your electric co-op walks the walk simply because the co-op is your community.

This commitment to serving your community is the reason we devote a lot of effort to communicating with elected officials and why this page is so frequently dedicated to those concerns. We want to ensure that lawmakers understand the important things your co-op does to power our modern lifestyle. Whether in Nashville or Washington, D.C., your co-op has made a commitment to work with lawmakers to ensure that public policy does not impede our ability to provide the reliable and affordable electric service on which you and your family depend.

As the Tennessee General Assembly has recently returned to Nashville to begin its business of considering new laws, I thought I would share with you some of the big issues we believe will take the lion’s share of your state representative’s and senator’s time in Nashville this year. The following summary was prepared by our excellent partner in these efforts, the law firm of Bass, Berry & Sims. And see page 28 to learn how you can contact your elected representatives using our General Assembly app.

Several bills from last session await further consideration by the legislature. The wine-in-grocery-stores bill is a prime example. Both Lt. Gov. Ron Ramsey and Speaker Beth Harwell have said that the time has come for wine in grocery stores and that last year’s bill to allow voters to decide the issue by referendum will likely be resurrected from the House Local Government Subcommittee where it died last session after a surprise “nay” vote by Chairman Matthew Hill (R-Johnson City).

Several Republican members may attempt to restore a bill that would prohibit the state from taking advantage of the Affordable Care Act’s Medicaid expansion. The Senate Commerce Committee amended this bill last session to simply require legislative approval for expansion. That amendment could be stripped in the Senate Finance Committee or on the Senate floor to return the original prohibition language to the bill. Any attempt to do so, however, will be opposed by hospitals and business groups that support expansion.

Another issue from last session that the legislature is likely to revisit involves a moratorium on adversarial municipal annexations. In December, the Tennessee Advisory Commission on Intergovernmental Relations recommended that the moratorium be extended for a year. The original moratorium resulted from legislation sponsored by Rep. Mike Carter (R-Ooltewah) and Senate Speaker Pro Tempore Bo Watson (R-Hixson) that required public referendum votes on nonconsensual residential and farm annexations within urban growth boundaries. Rep. Carter intends to push the issue by filing a similar bill in 2014.

A bill requiring prescriptions for products containing pseudoephedrine may get more traction in 2014 than in previous years. A Vanderbilt University poll indicates that 65 percent of registered voters would accept prescriptions to fight illegal methamphetamine production. Law enforcement officials likely will attempt to capitalize on this momentum while the pharmaceutical industry and other retail and business groups will oppose the prescription requirement.

On the education front, the legislature will consider legislation challenging Common Core standards for K-12 schools, giving state entities the power to authorize charter schools, establishing a statewide school voucher program and reviewing the Tennessee Textbook Commission. Higher education initiatives also are expected to be a focus of Gov. Bill Haslam’s legislative agenda for 2014 and include his Drive to 55 effort to encourage more Tennesseans to earn a certificate or degree beyond high school.

The state’s 2014-15 budget will be the toughest yet for Haslam. In recent years, the legislature has eliminated, reduced or phased out taxes such as the gift tax, inheritance tax, unprepared food tax and the Hall income tax on investment earnings. With revenues expected to be down $123 million at the end of the current fiscal year, additional tax cuts and reforms are unlikely in 2014. After the 2014 elections, however, potential areas for legislative action include the franchise and excise tax and the gasoline tax.

With re-election being top of mind, legislators will be inclined to introduce bills that will be popular with their voting bases back in the districts — so stay tuned for bills that may make for interesting late-night entertainment fodder!