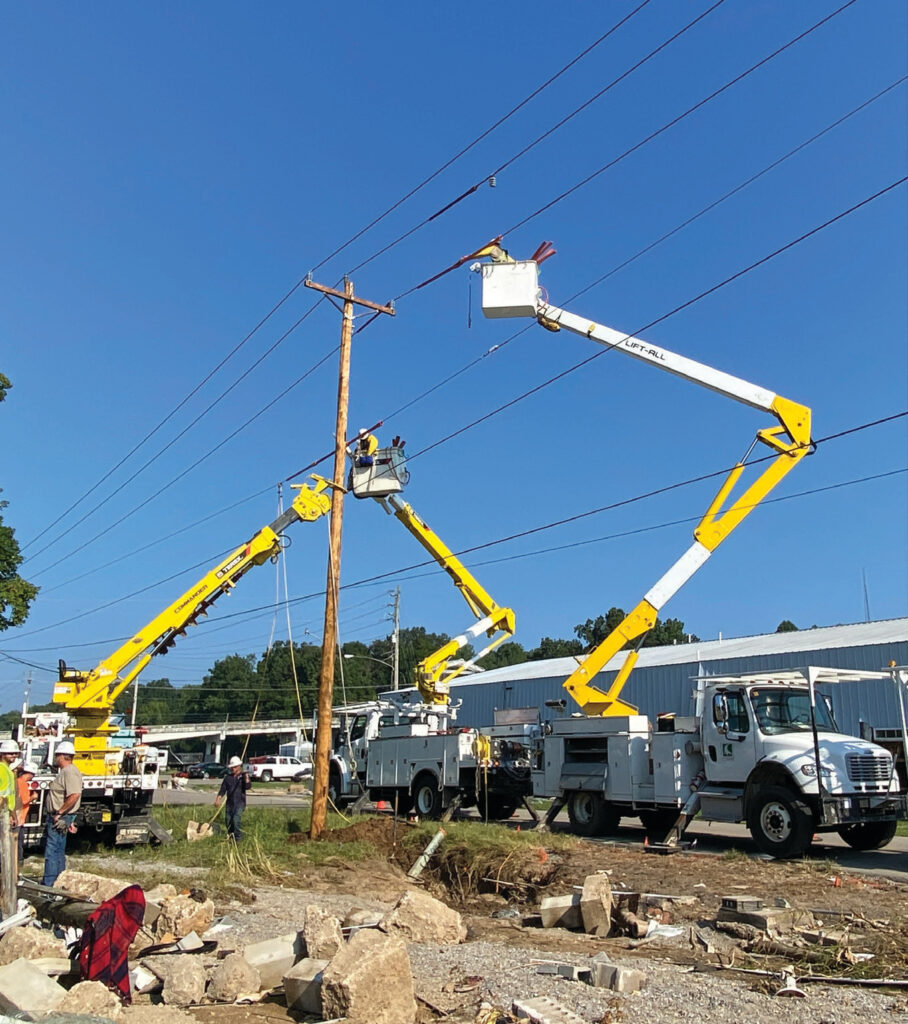 Earlier this year, I wrote about the preparation that electric cooperatives do in advance of severe weather. In particular, we “maintain close relationships with cooperatives, municipal utilities and other companies throughout the nation. We converse daily with our counterparts in surrounding states. This mutual-aid network allows us to bring in extra crews to assist your local cooperative.”

That’s standard operating procedure for us when we deal with storms. We began having planning calls for then-Tropical Storm Ida several days before it made landfall. That storm devastated coastal Louisiana, and several states — including Tennessee — sent hundreds of lineworkers to assist. As I write this, Tennessee lineworkers remain in Louisiana, and we’re still having daily calls to discuss mutual aid issues.

I ended that column with these words: “… we don’t know what the rest of the year will bring.”

That was quite the understatement.

We can’t anticipate every disaster. We know they will occur, but we don’t know when, where or the severity. And no matter how well prepared we are, nature can be overwhelming.

The devastating floods that hit Waverly and the surrounding areas occurred so suddenly that there was little time to prepare. The first warnings gave little time for many to get to safety. However, once the disaster struck, the community quickly sprang into action. There are multiple stories of heroes saving many lives on the day of the flood.

Once the recovery began, the entire region — helped by community action agencies, church and charitable organizations and the entire array of federal, state and local agencies — stepped in to help the residents recover. Despite our political divides, Americans join together to help neighbors heal and recover.

When disaster hits, our cooperatives also respond quickly. We know that our local communities depend on us for power — and in many areas, for communications. The critical infrastructure we maintain provides you with safety and security. Our utility workers know that you depend on them to restore that infrastructure. 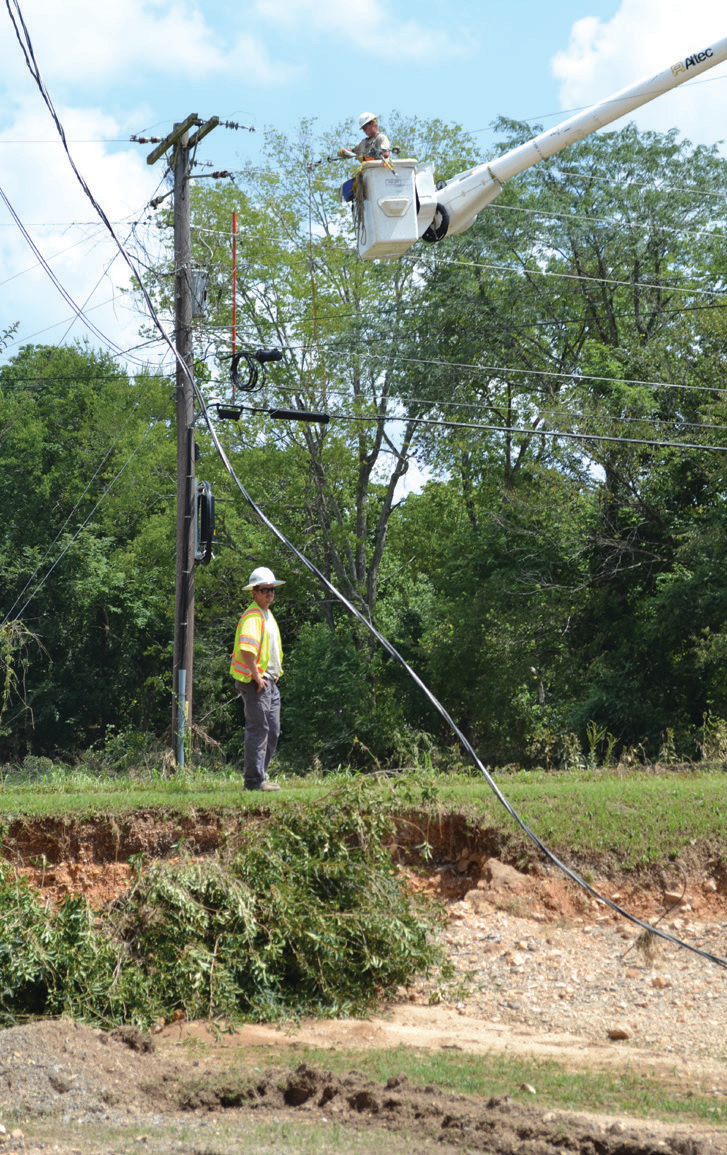 In Waverly, the offices and warehouse of Meriwether Lewis Electric Cooperative were wiped out by the floodwaters, ruining supplies, equipment and vehicles. That was the first hurdle faced by the cooperative as employees began rebuilding the electric and broadband facilities. Neighboring electric cooperatives provided assistance almost immediately. 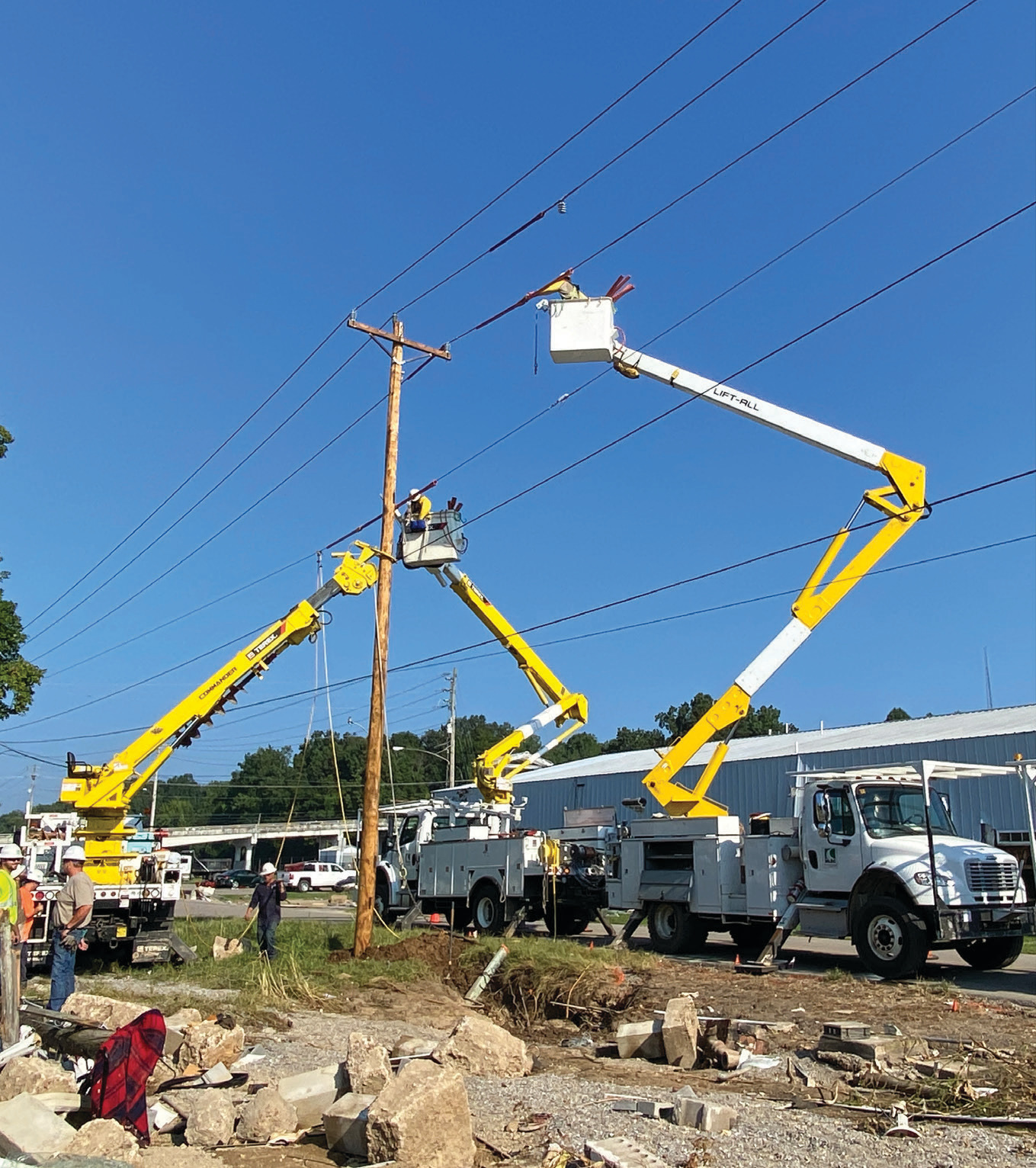 However, what happens when the workers who maintain the infrastructure are also impacted by the disaster? That’s many times the case with rural electric cooperatives, whose employees often live in the same communities in which they work. Several MLEC employees experienced damage and destruction to their homes. It’s difficult to deal with work when you’re also dealing with personal loss.

The funds come from individuals, partner associations and companies that work with electric cooperatives. And, not surprisingly, a sizable amount of donations comes from other cooperatives across the nation.

Because it’s not if but when Mother Nature will strike.

When floodwaters raced through downtown Waverly on the morning of Saturday, Aug. 21, the community’s emergency communications center lost its phone lines. In the aftermath of this significant disaster, calls to 911 were not going through.

Officials worked quickly in the hours following the flood to get minimal 911 service back online using temporary cell phone connections, but they knew that getting more reliable service to the 911 center had to be a priority. After the existing telephone provider indicated that repairs would take time, Bobby Brown, Humphreys County fire chief and 911 director, reached out to MLEC.

The cooperative launched a broadband company, MLConnect, in 2018 to bring high-speed internet and communications services to the rural communities MLEC serves.

Technicians with the co-op went to work to get the Humphreys County 911 system connected.

In the days following the flood, multiple agencies descended on Waverly to assist with the disaster. The 200 megabit internet service at the city’s operations center — also served by MLConnect — quickly became overloaded.

“We made a call to MLConnect, and immediately the service was upgraded to a 1 gigabit connection,” says Brown. “The assistance from MLConnect was crucial in providing a solid, reliable means of communication during this disaster.”