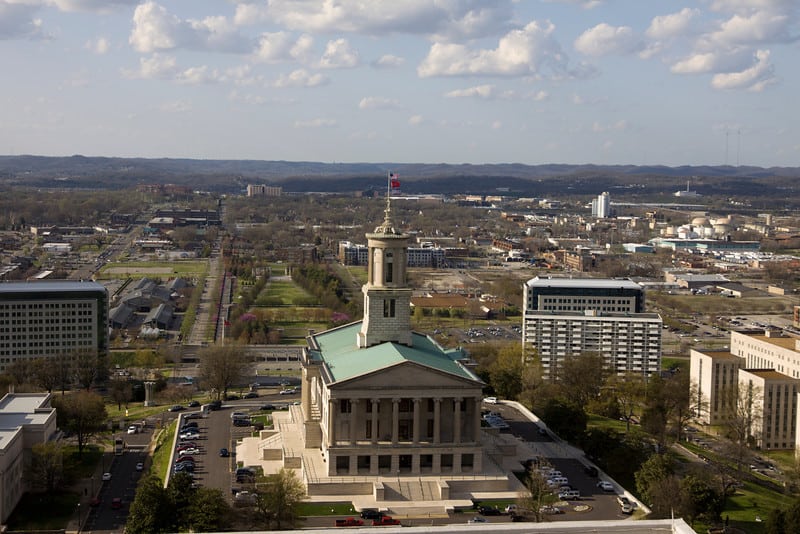 I talk with a lot of folks who seem to be very frustrated with the current state of our federal government. While divided government certainly has its proponents, there seems to be a clear consensus among Americans that the dysfunction in our current Congress has eroded faith in our government to record lows. As I write this, the approval rating for Congress sits at a jaw-dropping 12 percent.

I think I have one idea why. Every month for years now, my wife and I have completed a budget for our household to make sure we both know and agree on where we spend our family’s money. Because of the regular communication and decisions we make together, we rarely argue about financial matters. The federal government, on the other hand, hasn’t passed a budget in more than three years, and deficit spending is at historic levels. And a mere discussion of any solution results in partisan arguments that drown out any rational discussion of the problem.

Thank goodness the state of Tennessee operates differently. The state constitution requires that legislators can only meet in general session for 90 days over a two-year period. It also requires that the budget for the state be balanced. These two very common-sense restrictions require that our legislators spend less time bickering and focus their limited time. Once those 90 days have been completed, our elected representatives return home to their farms, families and businesses.

Tennessee’s legislators approved a budget for the coming year that is $400 million less than the previous year’s. Despite the reduction, the budget allows for a 2.5-percent increase in salaries for most state employees, the largest increase in five years. Starting on July 1, the state sales tax on food will be reduced to 5.25 percent. The state tax on inheritances/estates will be phased out over the next four years. Also, the state gift tax has been eliminated.

Also passed were a number of public safety measures that impose tougher sentences for certain types of gang-related crimes and gun possession by those convicted of prior violent felonies. Jail time will become mandatory for repeat domestic-violence offenders, and the state has new tools to combat prescription drug abuse.

A change to the state’s economic development program will give greater flexibility to how incentives are awarded to companies that relocate or expand their operations in Tennessee. I hope the governor will use this law to help attract employers to rural parts of the state, where unemployment continues to be a serious problem.

Tennessee’s electric cooperatives and their interests were well represented and protected throughout this year’s session. We actively worked with senators and representatives to be sure they understood the impact they might have on your co-op’s ability to provide you with reliable electric power. I’m happy to report they got it right on all the bills we worked on this year.

For instance, despite the extreme risks, copper theft continues to be a major problem for most utilities. Sen. Brian Kelsey (R-Memphis) and Rep. Vance Dennis (R-Savannah) sponsored a bill that will help protect your co-op from frivolous lawsuits and expensive judgments resulting from someone attempting to steal copper wire or other property. Senate Bill 2719 will help ensure that your electric bill does not unnecessarily rise due to a criminal act. We are thankful to the sponsors and the overwhelming bipartisan majority that voted for this bill.

We worked with the Tennessee Department of Transportation to modernize an outdated law that required the government to deliver extra sets of plans whenever a utility accommodates road work. This common-sense change will save the taxpayers some $500,000 per year.

Kelsey also sponsored a bill that would have resulted in $14 million in higher electric bills to Tennesseans each and every year. This obviously got our attention (see “Telling the truth” in the May 2012 issue of The Tennessee Magazine), and electric cooperatives across the state fought hard against this bill. We owe a debt of gratitude to Lt. Gov. Ron Ramsey for the work he put into this issue. As we discussed the bill’s lack of merit with him, he was gracious to hear our arguments, thoughtful in his consideration and wise in his judgment to back away from his earlier support. The bill failed in committee and was assigned for further study. We look forward to working with Lt. Gov. Ramsey next year in formulating a solution to this problem and appreciate his desire to get it done the right way.

“Getting it right” doesn’t always require expensive and complicated solutions. My family’s budget has for years been produced with just a pencil and a yellow legal pad. And Tennessee’s legislature has shown that with a little elbow grease and determination, government can effectively conduct its business and complete its work. Maybe our friends in Congress could take note?