A battle without a fight? 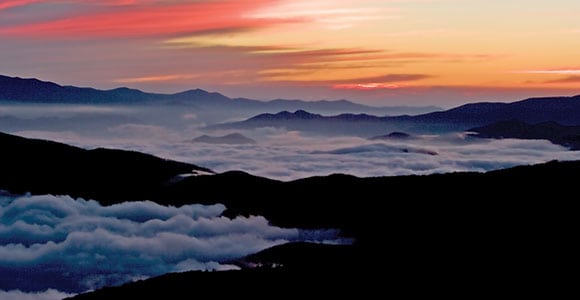 You might recall that four years ago the United States Congress debated a bill called The American Clean Energy and Security Act of 2009, which was much better known as the “cap-and-trade” bill. The intent of the bill was to set a limit on the amount of carbon dioxide (CO2) that could be emitted into the atmosphere within the U.S. and use a complicated system of allowances that could be traded among users in order to meet that limit.

The television airwaves were filled with pundits talking about both the wonders and horrors of this legislation. You may have even read in these pages the impact that cap-and-trade would have had on your electric cooperative. Political careers were started and ended because of votes cast on this highly controversial legislation. It was, in short, a huge fight.

While the bill narrowly won a vote in the House of Representatives, the Senate ran out the clock on the 111th Congress, and the bill never became law. So, as often happens, much of the hoopla surrounding the debate over the bill became fodder for congressional elections, and the issue became a political litmus test.

Mindful of this history, President Barack Obama recently announced a plan to again attempt to limit the amount of CO2 in the atmosphere. Unlike 2009, however, this plan is not in the form of a bill that will be debated by the Congress. It is series of actions that will be taken by the Executive Branch of government (Environmental Protection Agency, Department of the Interior, Department of Energy, etc.). These agencies and departments answer only to the president, and your elected representatives will have little to no say in how they carry out the plan. Further, the plan is not a detailed document. It is simply a series of outlines that gives no firm information about what might be contained in the thousands of pages of federal rules that will result.

Politically, this might be a smart move. Since there will be no bill to ask your member of Congress to defeat, and your member of Congress will not be consulted as to the content of the new rules, the traditional avenues of debate envisioned by our nation’s founders will be circumvented. Also, the new rules will be released over an extended period of time, making it exponentially more difficult for opponents to focus opposition and defeat the plan.

So while we may not yet know all the specifics of the plan, we do know a few truths that cast serious doubts on this effort. First, we fully expect the new rules to be stringent enough to effectively outlaw the coal-based power plants that currently generate more than half of the nation’s electricity. Replacing this power will not come cheap. Wind and solar power cannot yet produce the raw quantity of energy our society demands, and technology has not yet found a way to effectively deal with the intermittence of these power sources. When the sun doesn’t shine or the wind doesn’t blow, there has to be a secondary source of generation (see Watching Wind Grow, The Tennessee Magazine, July 2013).

Second, whatever actions we take in the U.S. to reduce carbon emissions are likely to be swamped by the rapid growth of countries like India and China. As these nations continue to grow and modernize at a dizzying pace, their need for increased energy consumption will far outweigh any amount of conservation or alternations we make here in the U.S. This was made plain to me during a recent visit to Louisville when I heard about the tremendous amount of Kentucky coal being shipped overseas. At a time when we should be focused on becoming independent of foreign sources of energy, is it smart to turn our back on the nation’s most prevalent source of energy?

Third, affordable electricity is important to every single person in the U.S. We are always mindful that you are the most important person in the electricity industry — because you pay the bills. And the changes being contemplated in Washington, D.C., will affect rural Americans at a disproportionate rate.

Fourth, affordable electricity is important to every single business in the U.S. Can you think of a single place where you do business that does not use electricity? Electricity powers our factories, hospitals, police stations and fire halls, warehouses and Main Street shops. So when the cost of electricity goes up, it’s not just your bill from the co-op that will increase. Everything you buy will become more expensive also.

Reliable, low-cost electricity is the backbone of our economy. It truly powers the American spirit. So when you see proposals that will harm our economy and degrade your quality of life, it is important to take action. Thousands of Tennesseans have done that through the Our Energy, Our Future campaign. And that action has made a difference.

I now ask you to join us in a new effort. Please go to action.coop, watch the short video and sign up to join our efforts. Take the time to do it today!