A Labor of Love and Lights: Brownsville’s Markowski 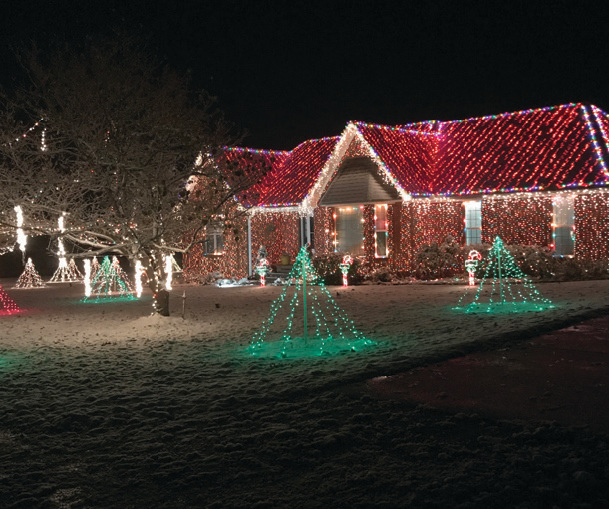 As kids, David Markowski and his brother, Daniel, couldn’t wait until December to string lights on their parents’ home in Jackson. It was a holiday tradition that stuck with David way into adulthood. These days, he creates a 5-acre animated drive-through holiday light extravaganza that has landed him on the 2020 edition of the ABC television show “The Great Christmas Light Fight.”

The Markowski Christmas Lights will be featured on the show’s season premiere on Wednesday, Dec. 9, from 7 to 9 p.m. Central time.

“I’ve always wanted to get on that show, and we tried six times before they chose us,” says 54-year-old Markowski, who owns 18 acres outside Brownsville. “We were so excited when we got word that we’d finally made it.”

The quarter-mile drive comprises more than 750,000 lights. Each year, Markowski adds new elements. “This year, we’ve built a 26-foot drive-through Christmas tree, one of our biggest additions ever.”

The LED lights are run with various controllers to bring the colorful displays to life. A reindeer jumps over cars as they pass by, and Elsa’s Castle magically appears when she raises her arms. Santa and Mrs. Claus are there on weekends. A snow machine further sets the scene.

“We’ve been doing this for 10 years, and people have come here from all over the South,” Markowski says. “It’s our gift to the people of our area.”

“Everyone in Brownsville and Haywood County really supports the Markowski Christmas Lights and the holiday season,” says Sonia Outlaw-Clark, executive director of Visit Brownsville TN. “This year, more than 30 other families and businesses all over the county are lighting up locations that make up our Holiday Trail of Lights, with the Markowski Lights as the anchor.”

The display, open to the public at no charge, is located at 1675 Coburn Road in Brownsville. It’s open dusk until 9:30 or 10 p.m. from Thanksgiving night through New Year’s Eve.