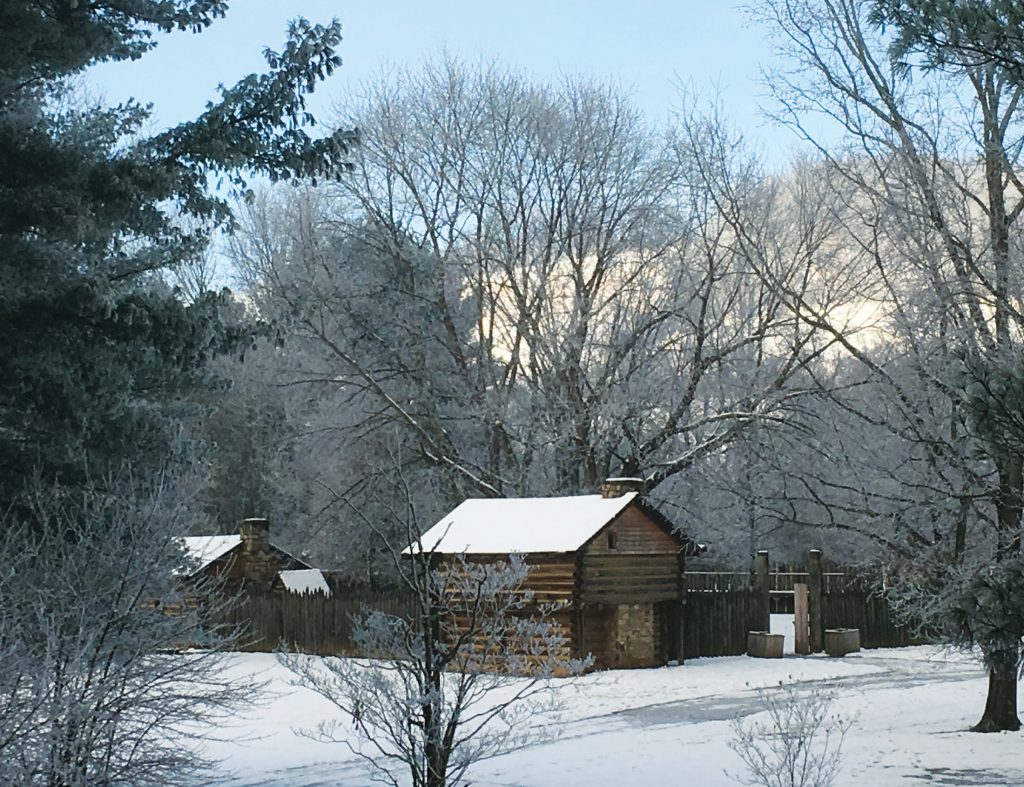 While many state parks preserve slices of Tennessee’s rich history, Sycamore Shoals State Historic Park in Elizabethton offers visitors a glimpse of life in northeast Tennessee from not only before statehood but prior the United States becoming an independent nation.

The park tells the story of European settlers who made their way to the part of the frontier along the banks of the Watauga River at its Sycamore Shoals. Later, the area saw the building of Fort Watauga, originally known as Fort Caswell, to help protect the settlers from attacks by Cherokees. It played a role in the American Revolution since the settlers for the most part supported separating from England while the Cherokee allied with the British.

In 1780, the fort was the muster site for the Overmountain Men, the frontier militia that took part in the American victory at the Battle of Kings Mountain in South Carolina.

“This was the first settlement outside of the 13 original English colonies and is one of the most historically significant sites in Tennessee,” says Park Manager Jennifer Bauer, who has been at Sycamore Shoals State Historic Park since 2001. “It is well known for being the site where the Overmountain Men mustered during the American Revolution in 1780.”

In the 1970s, following excavations of the site where the fort once stood and historical research, Fort Watauga was reconstructed as part of the nation’s bicentennial celebrations.

The park, in a normal year, hosts popular outdoor drama “Liberty!” in its amphitheater in July; however, the performances had to be canceled this year because of the pandemic. Plans are in place to bring the show back next summer, though a month earlier in June.

The park is also home to an impressive interpretive museum in the visitors’ center, which also houses a gift shop where visitors can purchase apparel or other mementos.

While park visitation was up about 30 percent from May through July, Bauer notes that COVID-19 precautions have been in place to ensure guests remain safe while visiting in person. Her staff has gone the extra mile in making educational content available remotely as well.

“I was quite impressed with our interpretive staff who continued to share the stories of Sycamore Shoals in a virtual format, via telephone and in person,” she says. “Museum Curatorial Assistant Chad Bogart created a series of Facebook Live videos that toured the park’s interpretive museum; he offered Facebook Live tours of the Carter Mansion and created other educational videos. Ranger Cory Franklin created videos that followed themes related to the natural history of the park. Franklin and ranger Jason Davis engaged in-person with guests.”

In addition to the rich history to be explored at Sycamore Shoals, the park is also situated in one of prettiest parts of the state. Located in the foothills of the Appalachian Mountains, the area is home to green, rolling hills; fog-shrouded valleys; and crystal-clear streams and rivers such as the Watauga River that runs through the park.

Three trails — two rated easy and one moderate — of 1.2 miles or less each give visitors a chance to appreciate the park’s natural beauty.

Like Tennessee’s other parks, birders can add to their sightings at Sycamore Shoals. While the birding opportunities are good at all times of the year, they are best during the spring and fall migratory periods.

Other sites of interest

For even more of a look back at the area’s history, be sure to plan time to visit two affiliated sites that are located apart from the main part of the park.

The Carter Mansion is the oldest frame home in Tennessee, dating back to 1775. When John Carter moved to the Watauga Valley in 1772, it was technically off limits to settlers per King George III’s order. Carter and later his son, Landon, were prominent men of the area, both serving in the North Carolina General Assembly (Tennessee was not yet a state).

Sabine Hill State Historic Site, co-managed by Sycamore Shoals State Historic Park and the Tennessee Historical Commission, preserves the circa 1818 home of Mary Patton Taylor, widow of Brig. Gen. Nathaniel Taylor who commanded a regiment of Tennessee Militia in the War of 1812 and served in both houses of the Tennessee legislature. Bauer says the home is considered the finest example of Federal style architecture in Tennessee.

While many equate visiting state parks with the warmer months, Bauer invites visitors in the winter. Beginning Jan. 9–10 with Old Christmas at Fort Watauga, many events are scheduled for 2021.

“Historic house tours of the Carter Mansion and Sabine Hill will also be offered during the winter months,” she says. “Moving into March and forward, a selection of future events include the Carter Mansion Celebration, Siege of Fort Watauga, Cherokee Heritage Day, ‘Liberty!,’ the Overmountain Muster and so much more.”

Bauer says visitors to the park run the gamut from people who are interested in Revolutionary War-era history or have ancestry in the Watauga Settlement to those who are surprised to find Tennessee has sites associated with that period.

“One thing is for certain: Once people find us, attend living history events, visit the museum and learn more about our story, they are friends for life,” Bauer says.

Visit tnstateparks.com/ parks/sycamore-shoals or call 423-543-5808 to learn more about the park and its affiliated sites and to find out about upcoming events as well as any COVID-related requirements and precautions while visiting.