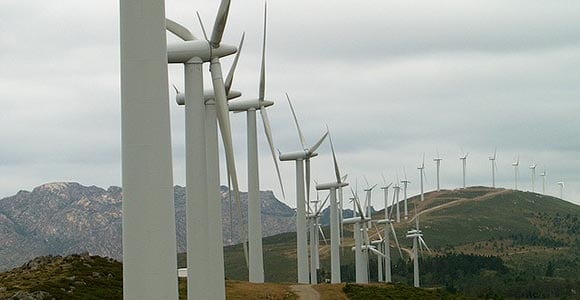 Let’s check your knowledge of Tennessee history: What is the three-letter acronym Elvis Presley liked so much that he displayed it on clothing, jewelry and planes? If you’re over a certain age, that’s an easy one — TCB. “Taking Care of Business” was one of the King’s favorite mottoes.

Now let’s check your knowledge of federal energy tax policy: What is the three-letter acronym that has created a battle among renewable energy providers, politicians and utilities? Not an easy question unless you spend a lot of time reading tax policy. If you do, you know the answer — PTC.

The production tax credit has been around for a number of years. The current version, from the Energy Policy Act of 1992, provides a federal tax credit of 2.2 cents for every kilowatt-hour generated by certain renewable energy technologies, including utility-scale wind turbines. The purpose of the credit is to stimulate renewable power production.
The credit is significant for wind-power producers, reducing the cost of energy generation by about a third. As a result, wind energy has thrived.

However, the PTC has been allowed to expire on multiple occasions over the last two decades. And each time, Congress has retroactively reinstated the credit. The credit is set to expire once again at the end of 2012.

The American Wind Energy Association (AWEA) is a national trade association representing wind power project developers, equipment suppliers and utilities involved in the wind industry. Last month, AWEA expelled one of its members. That member, Exelon, is one of the largest electric and natural gas distribution companies in the nation. AWEA said Exelon had been acting in a way that was “inconsistent with our mission and our purpose” and had been “leading an organized campaign against the industry’s No. 1 priority.”

That priority is the extension of the PTC.

Exelon is, or was, a member of AWEA because it owns about 900 megawatts of wind projects, an amount that accounts for about 2 percent of U.S. wind capacity. However, Exelon owns total generating capacity of more than 34,000 megawatts, much of which is nuclear.

Exelon CEO Christopher Crane stated that the “… PTC has been in place since 1992, I believe. And I think that’s enough time to jump-start an industry, 20 years. So we’ve made it known even as a wind company that it should be stopped, and let’s stabilize the fundamentals so we all know where we can make our investments.”

Both sides make strong cases to support their positions. Economists, politicians, utility executives and wind turbine producers are all likely to have viewpoints all across the board — and for a variety of reasons.

The current political environment seems to be one of entrenchment: Each side digs a trench and settles in for a long battle. The problem is that almost every issue gets caught up in the stalemate, and few venture out of the trenches to forge any sort of compromise. Consumers get caught in the crossfire.

If past performance is an indicator of the future, chances are that the PTC will be extended. However, the electric utility industry must plan years into the future to ensure that you don’t wait even a millisecond for the lights to come on when you flip that switch.

Elvis’ catchphrase was sometimes expanded to “taking care of business in a flash.” That’s probably not something you’re going to see emblazoned on the dome of the U. S. Capitol anytime soon. At least not as long as everyone remains in their trenches.