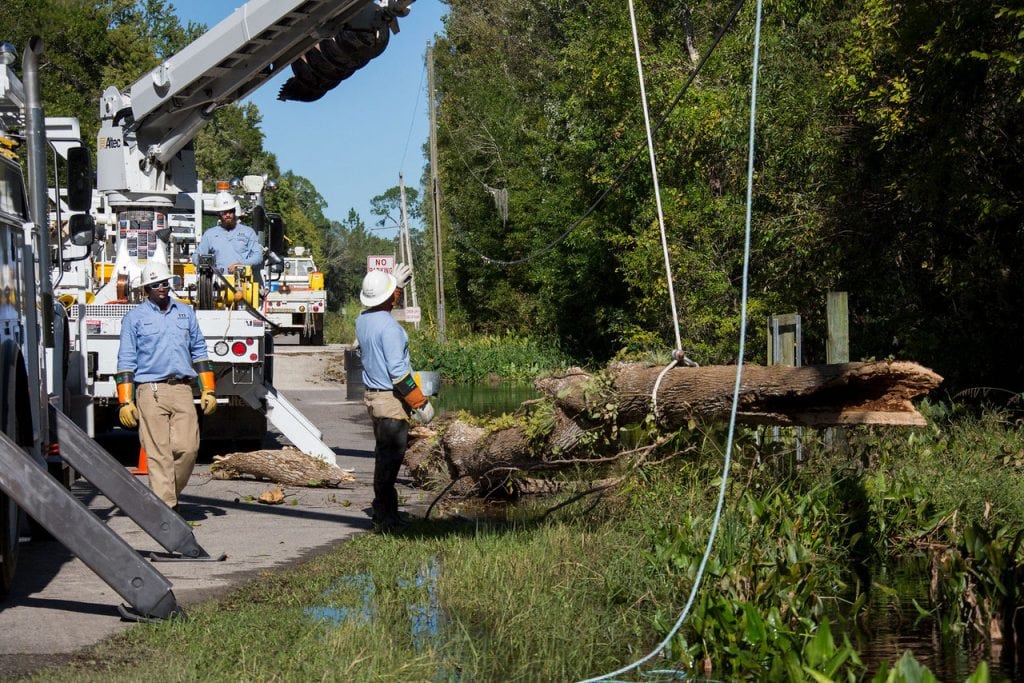 During the first week of October, the “war rooms” of electric cooperatives along the Atlantic Coast began to buzz with activity as they tracked the path of Hurricane Matthew. The storm would grow to a Category 4 before tracking up the East Coast for hundreds of miles.

The powerful winds would be more than strong enough to devastate electric systems from Florida to Virginia. In its wake, Matthew left electric systems on the ground and hundreds of thousands without power. Entire towns were inundated with contaminated floodwaters, making restoration efforts even more dangerous and difficult.

Matthew tore through Clay Electric Cooperative in Florida on Oct. 6 and 7, leaving 73,000 members in the dark. Fortunately, help was already on the way.

“With decades of storm recovery efforts under our belts, we have a great system of mutual aid in place to get crews where they need to be as quickly as possible,” says David Callis, executive vice president and general manager of the Tennessee Electric Cooperative Association (TECA). “One of our founding principles is to help each other and in the electric cooperative world, we’re all family.”

During major storms, local cooperatives alert their statewide organizations as to what assistance they may need; then the statewide associations reach out to neighboring states and request help. In turn, those statewides then ask for volunteers from their cooperatives.

“What goes around comes around,” says Todd Blocker, TECA vice president of member relations. “We know that by sending assistance to our neighboring states, they will do likewise one day when we need it.”

“Being a lineman is a calling for these guys,” says Blocker. “When bad weather comes in, they know it’s time to go to work. They volunteer to leave their families to work very long days in difficult conditions. These crews truly embody the cooperative spirit as they work to get members back on-line as quickly and as safely as possible.”