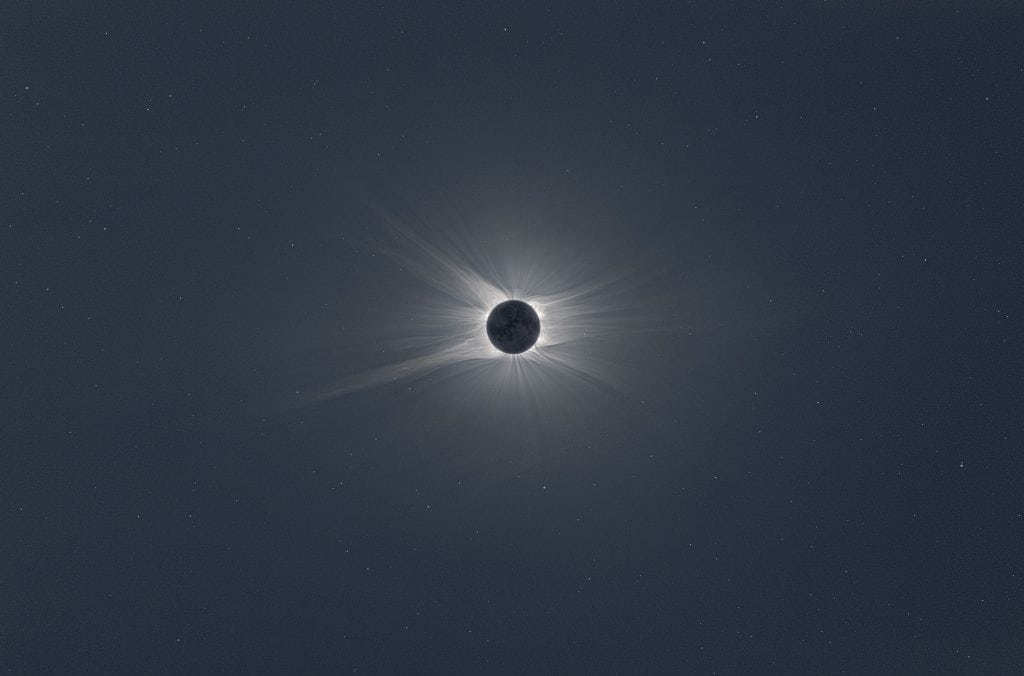 All eyes will be on the sky Monday, Aug. 21 as the moon passes between the sun and the earth, casting a shadow across all of North America. This partial eclipse will certainly be something to see, but a lucky few along a 70-mile-wide path that includes parts of middle and eastern Tennessee will witness a total solar eclipse. We paid a visit to our friendly neighborhood astronomers at Vanderbilt’s Dyer Observatory to learn more about eclipses and get their tips to best experience this incredibly rare phenomena.

What causes an eclipse?

An eclipse occurs when the light of the sun is blocked. In the case of a lunar eclipse, the Earth casts a shadow on the moon. In a solar eclipse, the moon casts a shadow on the Earth. In order for either event to occur, the Earth, moon and sun must align perfectly. During a solar eclipse, the moon casts two shadows, a lighter shadow known as the penumbra and an inner shadow called the umbra. Viewers of the event in the penumbra will witness a partial eclipse. However, viewers lucky enough to be in the narrow path of the umbra will witness a total eclipse.

“Partial solar eclipses are not that rare, in fact there is a partial solar eclipse occurring somewhere on the earth about every five and a half to six months,” says Dr. Billy Teets, outreach astronomer at the Vanderbilt Dyer Observatory. Most of North America will experience a partial eclipse during the Aug. 21 event.

“However, being in in the path of a total solar eclipse at any one location is exceptionally rare – this occurs on average about once every 360 to 400 years,” says Teets.

“Total solar eclipses have been observed for 1000s of years, and for most of that time, humans had no idea what was going on. Asian cultures often thought that there was some sort of creature consuming the sun, so they would shoot flaming arrows into the sky or beat pots and pans to ward it off. It worked every time, so they thought this was the way to save the sun from being eaten.”

“However, being in in the path of a total solar eclipse at any one location is exceptionally rare – this occurs on average about once every 360 to 400 years,” says Teets.
During this period the moon will completely block out the sun and the sky will become dark, almost dusk-like. Stars and even planets will be visible in the sky, as well as the solar corona – the outer atmosphere of the sun. “The only time you can view the sun’s beautiful corona is during a total solar eclipse,” says Teets. “There is no special telescope or anything that will allow you to view it otherwise.”

“Being close to the path of totality is not enough,” says Teets. “You have to be within the path. Even if you are a mile or two outside of the path, you will not be able to see the corona and the stars and planets.”

Nashville is the largest city in the path of totality, and Tennessee is the nearest destination to view the eclipse for some 55 million Americans. Estimates suggest that as many as 1.4 million people may travel to Tennessee to witness the event. “People travel the world just to see a total eclipse for a few minutes,” says Teets.

The total eclipse on Aug. 21 will be a once-in-a-lifetime opportunity for many Tennesseans. Experts recommend that you not worry about taking pictures, especially during totality. “We only have at most 2 minutes and 42 seconds to view the total eclipse, and you’ll want to experience this event with your eyes because you may never be able to see another.” says Teets. “People who have seen a total eclipse say there is nothing else like it – no sunset anwhere ­­– that can compare to seeing the total eclipse of the sun.”

Tips to safely view the eclipse

Even a few seconds of exposure to the ultraviolet and infared rays of the sun can lead to permanent damage to your eyes and even blindness, so it is important to take precautions when viewing the eclipse.

Solar glasses are the most common type of eye protection for viewing the sun. They block 100 percent of ultraviolent and infrared light, and only transmit about one-millionth of the sun’s visible light. These are availble to order online and are very affordable.

Shade 14 or darker welding glass will also allow you to safely view the eclipse. The glass filters UV and IR light and allows only a small amount of visible light through. Keep in mind that shade 14 is darker than the typical welding glass, and anything less will not provide adequate protection.

Eye protection should be worn throughout the partial eclipse. It is only safe to view the sun without eye protection during the brief period of the total eclipse.

Keep an eye on the weather. If the forecast calls for cloud cover or rain, you may want to travel elsewhere in the path of totality. A cloudy, overcast sky will block the effects of the eclipse.