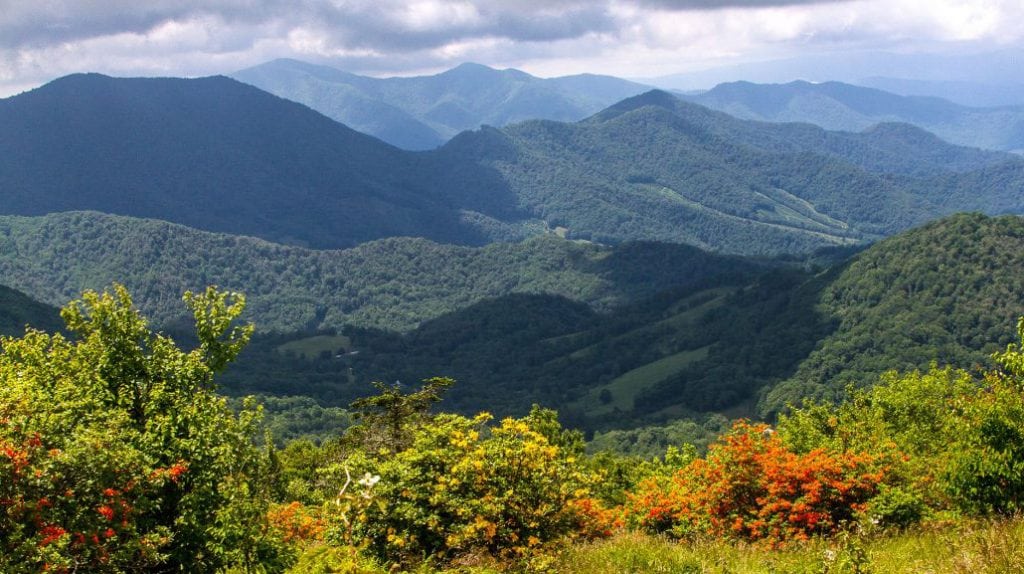 Via the “Roan Mountain Suite,” the Kruger Brothers take bluegrass music to new heights with a lovely tribute to the landscape of the Southern Appalachian Mountains

Running along the border of Tennessee and North Carolina, the Roan Mountain massif is often referred to as the “crown jewel” of the Southern Appalachians. Beautiful and majestic, these 25,000 acres of mountain peaks and ridges contain a 20-mile section of the historic Appalachian Trail, which attracts hikers and mountain enthusiasts from around the world.

These mountains are deeply tied to the identity of the people who live among the Southern Appalachians. Standing amidst the splendor of color as the seasons change and feeling the long shadow of the mountain as the sun moves each day naturally affect every aspect of life here from sun up to sun down.

Mountains have inspired musicians the same way oceans have inspired centuries of sea shanties and sailing ballads. We need only stand at the foot of a mountain or climb to its peak to get a glimpse of our own impermanence. Only the most stubborn narcissism can withstand the perspective provided by the majesty of a mountain range. 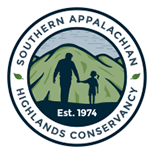 Roan Mountain has had a longstanding tradition of community support and appreciation. Started in the 1960s by Stanley A. Murray, the Southern Appalachian Highlands Conservancy is a champion for the Appalachian National Scenic Trail and Highlands of Roan. Regularly occurring volunteer events and gatherings — from cleanups to educational programs — are listed on the organization’s blog at southernappalachian.wordpress.com

So how does a trio of brothers from Switzerland come to release an entire suite of music inspired by this American mountain range? That’s easy to answer if you’re Judy Murray, former stewardship director of Southern Appalachians Highland Conservancy, bluegrass music fan and lifelong resident of the region. Married to and working side-by-side with Stanley A. Murray until his death in 1990, Judy retired in 2014 after more than 40 years of service but continues to be involved.

“When I heard the Kruger Brothers and the works that Jens had composed,” says Murray, “I knew I’d found my composer and my musicians.”

Murray set up a fund in the name of her late husband and began taking donations for the project, which was launched by a live concert last October at the lovely Paramount Center for the Arts in Bristol, Tennessee. 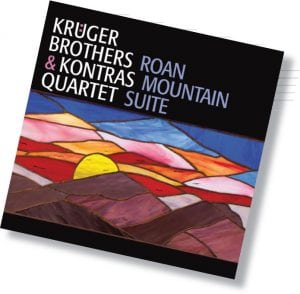 Jens Kruger is one third of the Kruger Brothers and the main composer and arranger for the trio. They’ve had chart-topping success in the world of American bluegrass music. “Roan Mountain” Suite is the fifth such commissioned project for the group, and they recorded it with the award-winning Kontras Quartet who hail from Chicago.

Growing up in Switzerland and living across Europe, Uwe and Jens Kruger were inspired by the records of Bill Monroe, Doc Watson and Lester Flatt and Earl Scruggs. Their love for that music eventually brought them to Wilkes County, North Carolina, where they’ve lived since the early 1990s. The Krugers were joined by New York native Joel Landsberg soon thereafter, and they’ve toured around the world as a trio ever since.

Switzerland, of course, has more than a few mountains of its own, so the Krugers were familiar with the particular power a mountain landscape can have.

“Music is an enhancer,” says Jens Kruger. “For instance, you can look at a landscape, and the right music enhances the emotion you have for that imagery. Music also shapes, to a certain degree, your perception of the landscape.” “Jens is able to capture the essence of a landscape and translate it into music,” Murray says. “Roan can be perceived in many ways through all of our senses. Countless beautiful words have been written about the Roan, and glorious photographs have been taken, but I’ve always felt that Roan needed a wonderful piece of music to pay tribute to it, to honor it.”

“Roan Mountain resonates in a deep and personal way with all who visit it,” continues Murray. “And by the same token, the Kruger Brothers’ music reaches into the hearts and souls of its listeners in profound and stirring ways.”

“Roan Mountain Suite” is dedicated to the memory of Stanley A. Murray and available on CD or as a download at krugerbrothers.com and most music outlets.