I was reminiscing with a friend recently about some memories of those awkward early teenage years when we first realized that there was more to life than our GI Joe toys and Major League Baseball. We were telling funny stories about dumb things we may or may not have actually done when I remembered a really significant purchase my parents made for me and my siblings. They gave us our own phone number.

Now we most definitely did not get our own phone line, but we had our own number that made the phone ring with a distinctive “ring, ring” instead of the normal tone. That way, my parents would not need to answer a call that was intended for one of us. It was even named in the phone book as “Children’s phone” underneath my parents’ listing. The particular memory I shared with my buddy was mostly about the anxiousness of waiting and hoping that the phone might chirp its distinctive ring and a lovely young lady might be on the other end. Worse than the anxiousness of waiting, though, was the abject terror of what to do when it actually did ring!

My friend and I both have young sons who are getting closer and closer to that age, and he made several pretty astute observations about my story. He told me that our kids will never share this same experience — not because they won’t experience the awkwardness of puberty, though. First, they don’t even know what a phone book is. Second, they will never experience being tethered to a single location to receive a phone call because their phones are carried in their pockets wherever they go. And they live in a world where they are so saturated in ability to communicate that the much-anticipated phone call from a special young lady won’t be all that special since they will have already likely sent each other 200 text messages that same day.

While the telephone was the lynchpin of my early social life, today the Internet has literally become all things to (almost) all people. The Internet is how we keep up with family and old friends, it’s how we do business with each other, it’s how we learn how to fix a leaky faucet and it has even replaced our plain old telephone service with new ways to talk face-to-face with people all around the world.

However, there are some of us in rural Tennessee who have yet to experience the miracle that modern broadband Internet technology can bring. The state of Tennessee has begun an assessment to improve access to and use of broadband in our communities. In his announcement of the assessment, Tennessee Department of Economic and Community Development Commissioner Randy Boyd said, “Tennessee’s economic future is directly tied to our broadband access. Help us make sure every Tennessee community has access to broadband by taking this assessment.” At your local co-op, we agree.

To read the entire release and link to the assessment, go to takeaction.tnelectric.org. And let me encourage you to take a few minutes to complete the survey, as I have already done. If you don’t have Internet access at home, take a few moments during a break at work or drive to the nearest public Wi-Fi spot or local library.

My friend was right that our kids will grow up in a different world than we did. We can’t stop the march of time, and technology seems to be moving even faster than the clock. We can, however, make sure that today’s young people grow up in the same world as each other — no matter if they live on the farm or in the city. 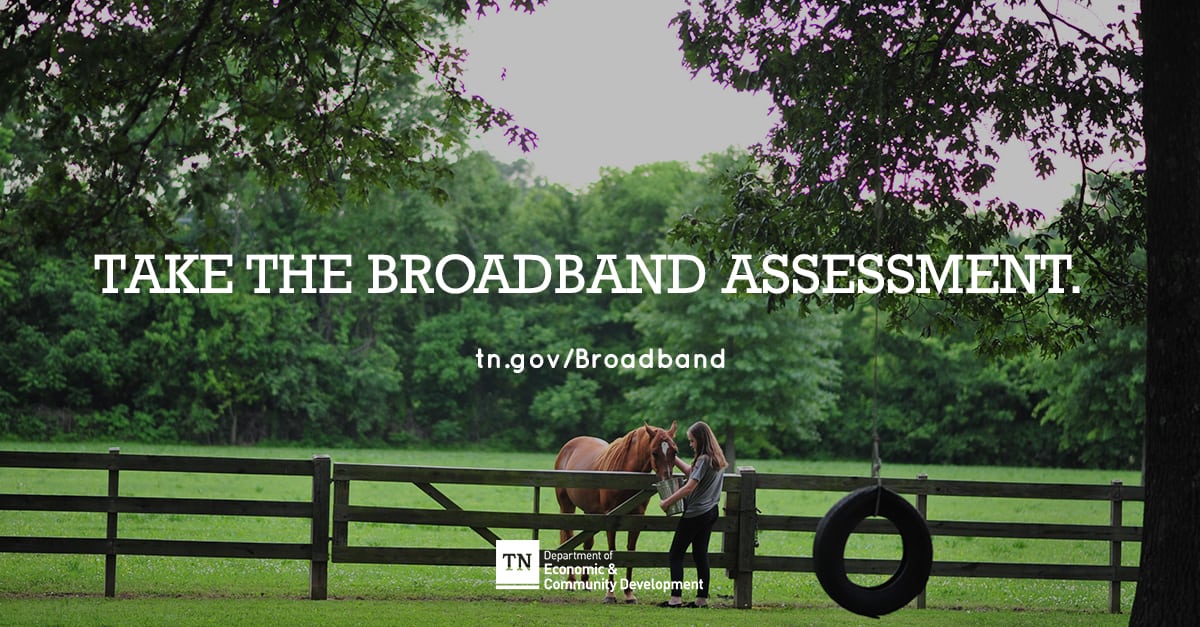