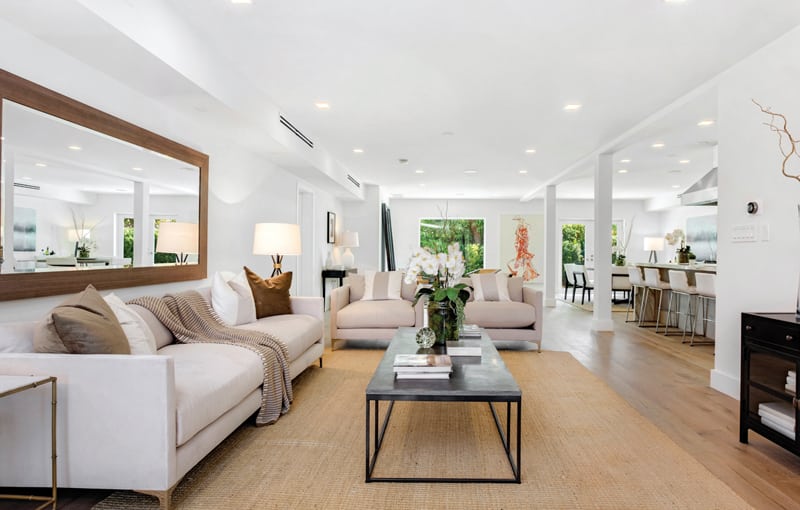 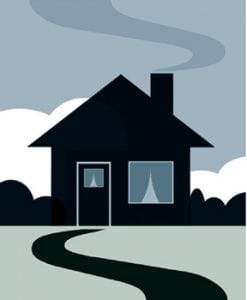 An avalanche of new “smart” home technology — video doorbells, self-adjusting heating systems, lighting that remembers just how bright or dim the homeowner prefers each room at any time of day or night — is flowing onto the markets, offering a wealth of options for anyone considering home-improvement projects.

Not every homeowner will want the futuristic home of George and Jane Jetson from the 1960s television cartoon show “The Jetsons” (Rosey the Robot, for example, is still a ways off for the average homeowner). These days, though, anyone considering a home-improvement project that involves renovations and upgrades should consider smart-home systems, real estate and technology experts say.

Smart-home features and appliances are available to increase convenience, add security and efficiency and make the home even more a part of the family, the experts say.

“There’s an avalanche of technology innovation aimed at our homes,” says David Siroty, vice president for North American communications for Coldwell Banker Real Estate. “And there is an explosion of DIY (do it yourself) products on the market, bringing smart homes into reach of nearly everyone.”

Smart-home features offer increased security for homes and their occupants, better energy management for both conservation and cost-savings and the simple convenience of easier living, experts say.

“Many homeowners and contractors are installing smart thermostats that allow settings to be controlled remotely as well as those that adjust the settings based on consumer habits and patterns,” says Kerry D. Watson, vice president of member care for Gibson Electric Membership Corporation in Trenton. “These are especially valuable in helping homeowners with energy efficiency. Most homeowners are capable and have enough insight and knowledge to be able to install technology such as smart plug-ins and things like a voice-controlled system.”

Convenience for the smart-home owner can mean the ability to remotely see if the children got home from school in the afternoon, whether the oven is turned off, if there’s a leak in the water line and whether the furnace or air conditioner is working. It’s possible to see who is at the front door and even to give a plumber or electrician a temporary code to enter the house for a service call.

Something as simple as the Nest smart thermostat can save money by learning the behavior of the homeowner — that is, what temperature the occupants prefer and when — says Brian Sloboda with the Cooperative Research Network (CRN) of the National Rural Electric Cooperative Association.

Besides many highly practical reasons to go as smart as possible, there’s a “wow factor” to some of the devices, features that cause visitors or potential buyers to whisper, “Wow!” when they step into the home.

One device on the market, for example, allows a homeowner to use a smartphone from afar to access a camera inside the refrigerator at home to check the contents. Perhaps not many people would actually use such a feature, but a working couple living miles from their places of business might find it helpful to know they need eggs or milk while they are near the store in the city rather than find that out when they reach home.

It’s still a relatively new market, but the trend toward acceptance of and demand for smart-home features is accelerating, says Trevor Lambert, senior director of brand management for Vivint Smart Home, a smart-home services provider headquartered in Utah.

“I think many people think it’s complicated, but any home can be upgraded,” Lambert says. “Any home can incorporate smart-home technology to some level. The reality is a smart home doesn’t need to be a certain age.”

Access to the internet is a key, and in many rural areas, that access will determine how quickly smart homes develop, says CRN’s Sloboda.

One of the Tennessee co-op areas that still doesn’t have full coverage is that served by Holston Electric Cooperative, headquartered in Rogersville.

“This prevents a lot of the ‘smart’ technology from being utilized for about 35 percent of our membership,” says Michelle L. Simpson, HEC director of member services.

However, Sloboda says there is a trend toward having broadband extend to more rural areas, “and we are seeing some co-ops exploring the possibility of offering broadband.”

If a survey done in 2015 by Coldwell Banker and CNET is accurate, the market demand for smart-home products is there and growing. The survey asked 4,000 people in the U.S. about smart homes. Some key findings:

“Our survey highlights the fact that this innovation has made its way into homes faster than many expected and that once a homeowner tries a connected device, that person is ready to experiment with more smart products,” said Lindsey Turrentine, editor-in-chief of CNET.com when the survey was released in August of 2015.

Siroty with Coldwell Banker compares the expansion of smart-home technology to the growth in popularity of granite countertops, which, he says, began as a luxury item, became a more traditional feature of homes and is now something that simply is expected to be part of a home. Smart-home technology is moving through that same process, from luxury to expected feature.

The world of home improvements is replete with stories of do-it-yourself successes and failures. Smart-home home improvements are no different, the experts say. If you’re really handy and comfortable with technology, you can probably do a lot of things on your own.

Homeowners are urged to make sure they know how to use their smart technology correctly to gain the most benefit from it.

“Contractors often state that programming thermostats are used incorrectly,” says Holston EC’s Simpson. “This increases energy consumption during the winter. Members should only adjust the thermostat setting 3 degrees at a time and then allow the room to acclimate before moving another 3 degrees. Otherwise, members actually create a scenario where resistance/strip heating comes on. Additionally, significant changes in room temperatures mean that the heating or air conditioning must also heat or cool the furniture and items inside, thus taking the room even longer to acclimate to the desired temperature. These are some considerations of which homeowners need to be aware.”

“If you don’t feel that handy or have a lot of confidence, there’s a lot of value in having someone come in and do the job,” Lambert says. With a specialist, the homeowner knows the job is done and has access to troubleshooting help if needed.

The desirability of having an expert handle things becomes more important as the complexity of the project increases, says Dave Pedigo, senior director of emerging technologies for CEDIA (Custom Electronic Design and Installation Association).

“The problem is that when you start adding things together, it becomes exponentially more difficult,” he says. A simple project might be just fine as a DIY effort, but, “Once you’re getting 20, 30 or 40 devices, it’s increasingly difficult to get a positive experience.”

Starting a DIY project and then calling in an expert can mean wasting both time and money, he says.

An official with the Federal Trade Commission (FTC) gave a consumer caution in an article written in July of 2016 and posted on the FTC website. Carl Settlemyer with the commission’s division of advertising practices noted that smart technology is rapidly evolving, “promising even greater convenience, security and comfort in the future.”

But, Settlemyer cautioned, the rapid growth puts a burden on consumers to understand how various devices work, what support the manufacturers will provide and the security features of the product. He says consumers should ask questions when they shop for smart devices. Among the considerations:

With those cautions in mind, what are the go-to devices or systems for a smart-home improvement project? A quick online search for smart-home gadgets results in lists of five or six or 10 “best additions to your home,” 25 features that “matter most to home buyers” and dozens of other responses.

Many lists include smart door locks, video doorbells, thermostats, lightbulbs, electric sockets, ceiling fans, television sets, kitchen appliances, entertainment centers and exterior security camera systems. A growing number of manufacturers are pushing products onto the markets. The smart consumer takes some time to study needs and applications, Sloboda says. He has his own top-four list for a homeowner interested in “dipping a toe” into the smart-home pool:

Sloboda cautions that while many products are available, “The question to ask is, ‘Would I actually use this?’ You can get all caught up in the hype.”

Lambert singles out a smart thermostat and a doorbell camera/door lock controlled through the phone as two top initial choices for the “toe-dipping” consumer. “The front door is really the focal point of the home,” he says.

Whatever the level of home improvement project contemplated, looking into smart-home applications is making more sense every day, Siroty says.

“It’s real. The technology is available,” he stresses. “Now it’s largely a matter of how fast the consumer becomes aware of it. We’re at the storytelling phase.”