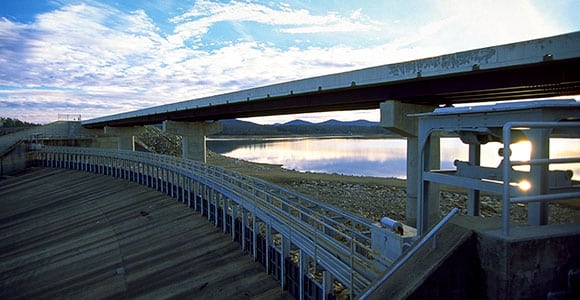 By now we’ve all come to the realization that the Mayans were wrong. Or, more accurately stated, we were wrong about the Mayans. Just because their calendar ended on Dec. 21, 2012, didn’t mean civilization was going to end on that date. The lesson we all should have learned is that calendars just mark an arbitrary point in time.

It’s true that we tie a number of starting points to Jan. 1, but we do that out of simplicity, not because of some cosmic reasoning. In 2013, a number of things are much different than in 2012. Sadly, more than a few are still the same — like congressional budget fights.

For co-ops in Tennessee, we’re looking at a couple of significant changes: two new leaders as we start the new year. Bill Johnson is the new CEO at the Tennessee Valley Authority. (I wrote about him in the December 2012 issue of The Tennessee Magazine. He’s already more than a month into the job.) For electric cooperatives, we have a new leader for our national association, the National Rural Electric Cooperative Association (NRECA), which represents more than 900 rural cooperatives — and their more than 42 million members — in 47 states.

Republican Rep. Jo Ann Emerson, who represents Missouri’s 8th Congressional District, will be NRECA’s fifth CEO upon her retirement from the House in February. She officially joins NRECA on Feb. 11 and assumes her duties as CEO on March 1. An association executive before joining Congress, where she has been a strong supporter of rural America, she is respected on “both sides of the aisle” and has a proven ability to bridge political and policy divides.

“We conducted an exhaustive search to identify the very best individual to lead a great association,” said NRECA Board President Mike Guidry. “We’re convinced we found that person in Jo Ann Emerson. Her background as a member of Congress and a trade association executive,―coupled with her extensive knowledge of the issues facing electric cooperatives and rural America,―make Jo Ann eminently qualified to lead NRECA and represent the interests of our members.”

The success of these new leaders will be critical to our success — and to your need for efficient and economical electric service. We’re blessed in Tennessee to have a robust, reliable electric grid. We need a strong and responsive TVA as our power supplier and regulator. Your cooperative and TVA work hand-in-hand to build and maintain that network. None of that just happens; it requires planning and cooperation.

NRECA, under Emerson’s leadership, will be leading the charge as we combat legislative efforts that could add to the regulatory minefield we already traverse. Her skills in working for the good of rural communities will be as useful as her years in Congress. Our cooperative goal is to continue to support the communities where our members live, work and play, maintaining and improving your quality of life.

Emerson said as much in a statement announcing her new position: “Energy has a direct relationship with the vitality of rural America. Without reliable, affordable electricity delivered by electric cooperatives serving thousands of communities, millions of Americans would be left without the energy that brings economic opportunity, unsurpassed quality of life and the promise of growth in the future.”

Here’s hoping that 2013 is successful for us, for our new leadership and, most importantly, for you.