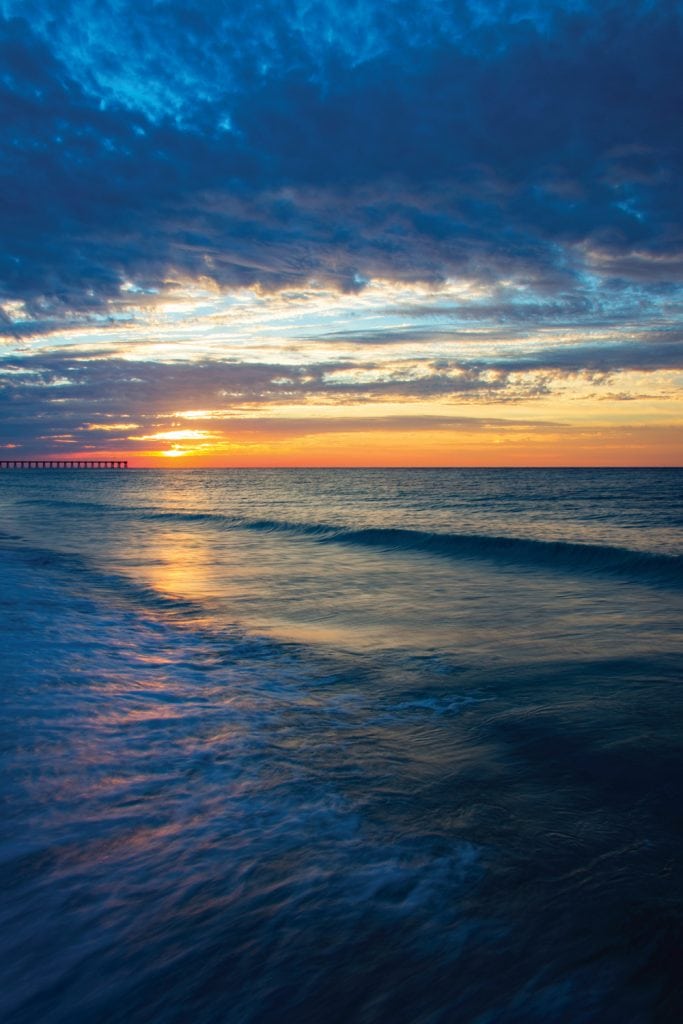 I try to get to the beach at least once a year. It’s a place of renewal for me — the sound of the ocean, the sunrises and sunsets. It’s a time to not only relax but also to capture some of the beauty I don’t see every day.

Even though I’m not a morning person, I make every effort to get up for sunrise. You just never know exactly how the elements — clouds, light and water — will combine. One minute, it may appear that not much will happen. Then, just 10 minutes later, the clouds drift over the sun just enough to cut the light flooding the scene, and you see something like this image.

I had set up my tripod near the edge of the surf so that when the tide washed up the sandy beach, the water would fill the foreground of the image. This helped to mimic the pattern seen in the clouds.

Normally, I wouldn’t have centered the horizon, but the symmetry of the clouds and water makes this composition work for me. I used a slower shutter speed to let the water blur and a circular polarizer to reduce glare on the water.

Finally, I processed the raw image in Adobe Bridge and added a slight boost of contrast and color with a Topaz preset filter. I take great caution against overdoing it with Photoshop techniques. I try to capture and process images as Mother Nature intended them to be viewed. That’s the best filter I have.