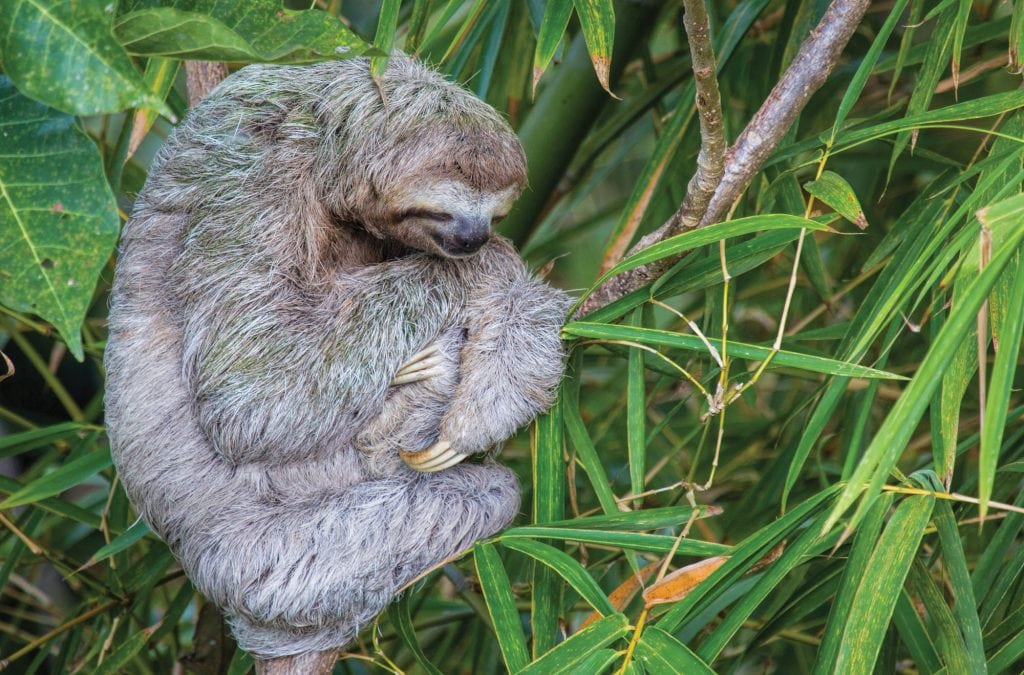 Summer vacation came early for me this year with an incredible trip to Quepos, Costa Rica. After experiencing the culture, the rainforest and the beaches, it’s now another bucket list item — to go back. While this was a trip with several close friends to celebrate a certain birthday milestone for many of us, I couldn’t help but take my camera gear to capture as much of Costa Rica as possible.

The entire Central American country is about the size of West Virginia but offers some incredible photographic opportunities like beautiful birds, endangered wildlife, rainforests and pristine beaches. On our second day in the country, we took a guided tour dubbed “the Rainmaker.” Our guide, Henry, became an invaluable naturalist for me on this first hike and two others later in the week.

Totally out of my normal surroundings, I couldn’t spot anything in the rainforest except an ant hill — after I stepped on it. Henry had a keen awareness of his surroundings, which was very good for us as there are numerous venomous creatures whose bites can make you very uncomfortable and, in some cases, prove fatal.

On the fourth day of our adventure, I saw my first dark-throated three-toed sloth. They are fascinating. Their metabolism is extremely slow, as are all their movements, making them excellent subjects.

Unlike the darting hummingbirds, toucans, warblers and great kiskadees, the sloths might stay in the same position for an hour or more. This gave me ample time to grab my tripod, 2x extender and the biggest lens I took on the trip. Zooming in as tightly as possible, I could barely discern that the sloth was even breathing. The image above was taken shortly after sunrise when the sloth was cold and just beginning to move for the day.

Watching it for more than an hour as it stretched, carefully rubbed its eyes with its claws, then curled back into a sleeping position and covered its eyes, I decided this is my morning spirit animal. Once the sun warms me up, I’m good to go for the day, too!

Being out of your element can become a valuable experience in what you see, how you see it and how you capture new images. As the locals say, “Pura Vida (pure life)!”