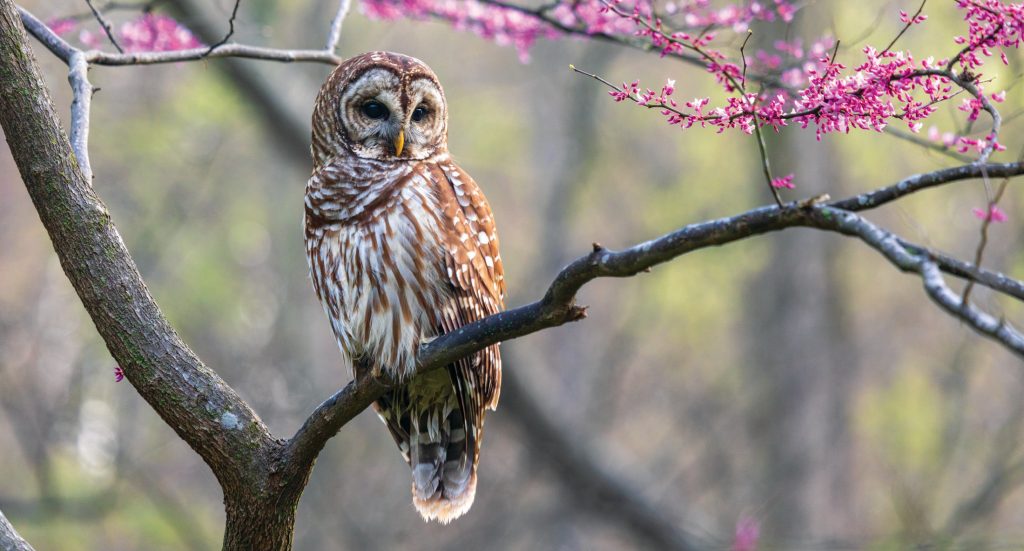 Many times I’ve been hiking at Radnor Lake State Natural Area in Nashville, listening and watching for photographic opportunities, sometimes finding them and sometimes not.

The wildlife at this park is abundant. The deer, turkey, owls and other animals see so many hikers on a daily basis that they have lost some of their fear of people. But they won’t walk up to you to be fed or touched as in a petting zoo. Both of these activities are not recommended at any time in state or national parks and are, in fact, illegal and dangerous. But the animals at Radnor Lake are unfearful enough that you can photograph them from a relatively close perspective.

I often walk the trails here, listening for the sharp chirps small birds and rodents use to alert when predators may be close. Hearing those cues alerts nature photographers to be on the lookout for the presence of a bird of prey like an owl or hawk.

The sounds of nature can range from the delicate songs of warblers to the loud screeches of great blue herons loudly announcing their flights. What is comical and sometimes frustrating are the sounds of humans who come to nature to enjoy some peace and quiet but make so much noise that you hear them coming before you see them.

It just amazes me what people miss because of their loud conversations or music broadcast via speakerphone or earbuds blaring so loudly I can clearly hear the song selection. Not only do they speedwalk right by some amazing sights while, instead, paying attention to some electronic device, but they literally scare away many opportunities before ever having a chance to see them.

Noise almost ruined this shot before I could focus. I found this barred owl close to an access trail near the east parking lot at Radnor. I had watched it move from tree to tree for a few minutes before it landed close to me. It was hunting, but because it was near the parking lot, human noise kept distracting the owl as it tried to zero in on prey rustling in the leaves.

I only had about a minute to capture this image. Quickly composing with the rule of thirds in mind, I manually focused on the owl’s eyes and snapped off a couple of exposures before it flew deeper into the woods.

I was thankful to have captured the images I did but wished I had more time. I would have tried to compose this image so that the branch behind the owl wouldn’t become a tangent, or line, going into its head.

Being slightly frustrated by the distractions that spooked the owl, I realized how many people had completely missed this opportunity just from a lack of awareness.

So if you decide to hike at a park this year, my advice would be to try to blend into nature by quietly observing and absorbing the sights and sounds. You never know what you might see if you don’t scare it away first.