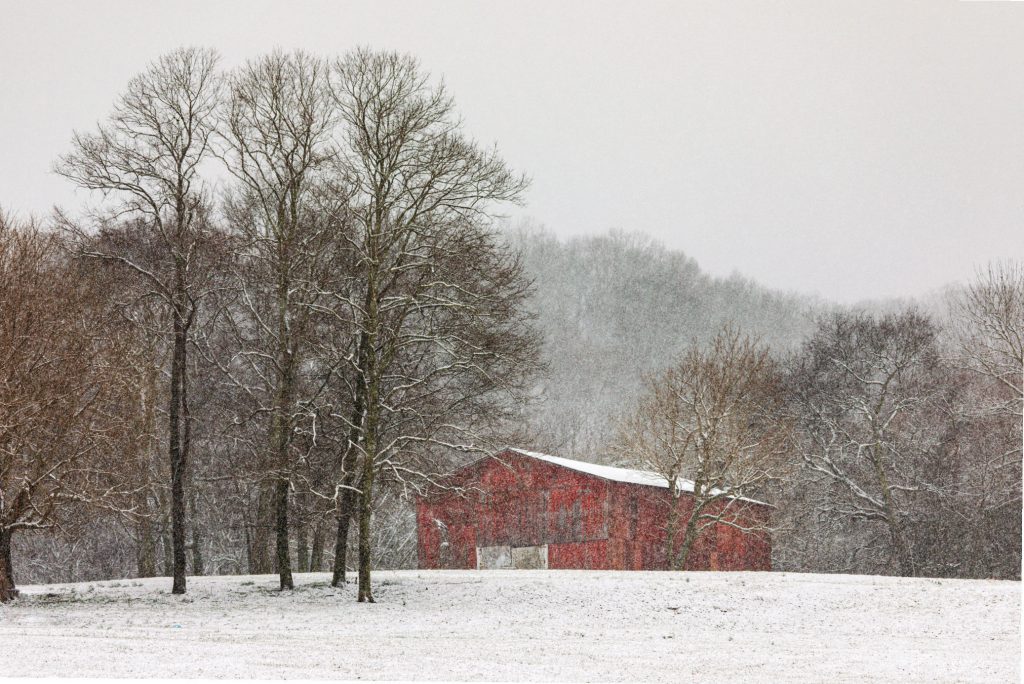 “Red Barn on a Hill” by Robin Conover Canon 5D Mark IV EF 100–400 mm, 4.5–5.6 L lens at 160 mm ISO 400, fl8 at ½50 second, handheld
Share
Facebook Twitter LinkedIn Pinterest Email
“F8 and be there.”
— Arthur (Weegee) Fellig
Whether it’s luck, the law of averages or good planning, there is no substitute for being in the right place at the right time. “F8 and be there” is the simplest of photographic theories and the essence of Arthur Fellig’s work. The cliché has been credited to him, though no one really knows if he was the first to say it.

Nicknamed “Weegee,” the famous New York street photographer and photojournalist captured memorable spot news images. Early in the 20th century, he photographed life on New York streets. His specialty was capturing the moment when an entire story was told in one powerful image.

The theory is that being prepared for those moments to happen with a camera in hand and lens set to fl8 will significantly increase your chances of taking a good photograph. In most settings, this aperture will give you enough depth of field and a fast enough shutter speed that you will likely get a technically acceptable photograph. It’s a starting point.

“Being there” is probably the most important, and somewhat obvious, part of the expression. You can’t really photograph what you are not present to see.

Case in point: Driving to work one morning this January, I was sidetracked about two miles from my house. As usual, I had my camera gear with me and was greeted with the opportunity to watch this scene unfold.

I’ve always loved barns, especially red ones on a hill in a snowstorm. As soon as I saw the millions of snowflakes obscuring the barn with tiny white dots, I knew I had to stop to photograph it.

I quickly shot the scene with shutter speeds ranging from 1/15 of a second to 1/500 of a second. The shutter speed effect ranged from white streaks created as the flakes fell through the frame during the slow exposure to tiny white dots frozen in time as the faster exposure caught them in place as they fell.

The blast of snowflakes was fleeting, gone about five minutes after I grabbed my camera and exited my truck. Regretting that I didn’t have much time to photograph the scene, I soon changed my thinking when I realized I was the only person on the two-lane road that cold morning to see this pointillistic image nature created just in time for me to drive by.

While 2020 has been a challenge with its many unpredictable turns and events, I’m glad my year started off with this unexpected gift. I hope you and your families can enjoy the moments you are given this holiday season.