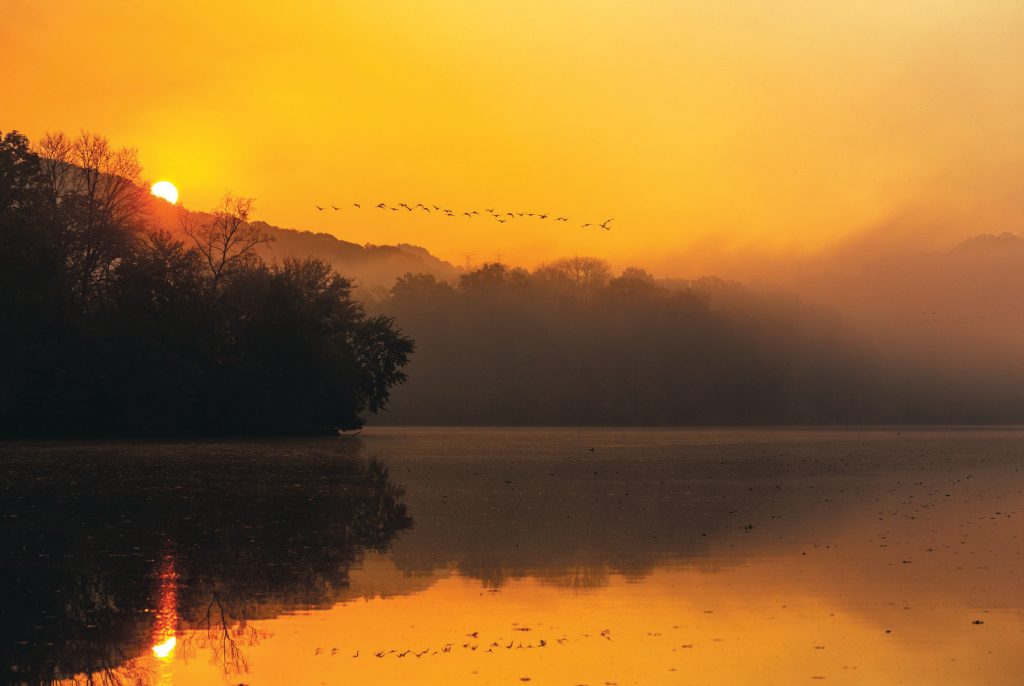 “O, Sunlight! The most precious gold to be found on Earth.”
— Roman Payne

Enjoying a sunrise means something different to everyone. Just as each sunrise has its own unique moments, so does each person who experiences it. For me, there is a solitude and peace in the morning that is hard to beat. Observing nature come to life at daybreak is a precious experience to me.

As I set up to photograph this sunrise, I was enjoying the silence. I was the only one at this spot on this morning. Noticing the sunlight on the horizon, I had a wide-angle lens on my tripod set to capture the rays of light as they beamed through the fog. I envisioned a wide-angle landscape.

I almost always carry two cameras with different focal length lenses so I can be ready to capture the unexpected. My secondary camera had a 70–200 mm lens on it, and I had it set to a faster shutter speed just in case an otter swam by or waterfowl might fly into the frame. I had observed geese flying at sunrise here many times and had missed the shots.

This particular morning started out with a chill in the air. A thin layer of fog hid parts of Radnor Lake but was beginning to thin. The sun had just broken above the ridgeline a few minutes before I heard a flock of geese begin to call out as they do before taking flight.

With those few seconds of warning, I was able to grab the camera on my side and set the exposure with a fast shutter speed. I was able to focus on the geese as they lifted above the treeline and were silhouetted against the golden sky.

This shot happened so quickly, I didn’t notice the birds’ reflection until I viewed it on my computer. In the 10 frames I was able to shoot, this one perfectly captured the feeling of that morning.