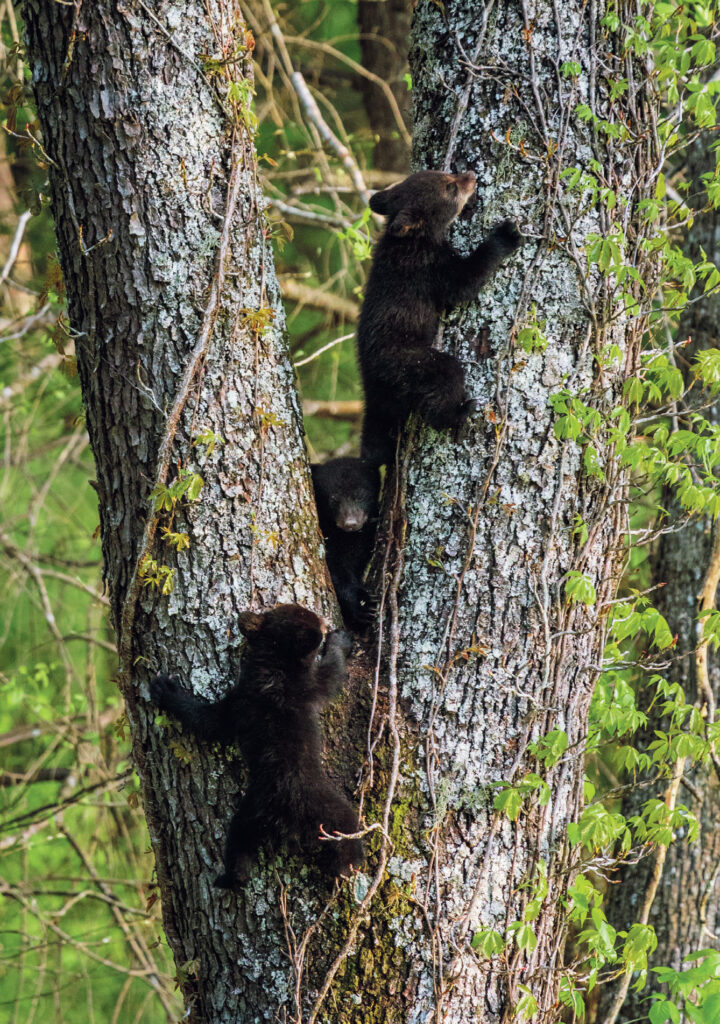 Springtime in the Great Smoky Mountains is such a special time and place for anyone who loves nature. As winter sleeps and spring awakens, the Earth and its creatures are renewed.

One sure sign that winter is ending is when black bear cubs and sows emerge from their dens. Born in hibernation, the cubs will be about 3 months old and weigh between 4 and 8 pounds, according to the National Park Service.

I was driving along the 11-mile loop of Cades Cove in the Great Smoky Mountains National Park when traffic came to a stop. When that happens, you know that people have spotted something. Pulling over in the first designated parking area I could, I walked down to see about 45 people watching a sow and her three cubs.

Taking my longest lens, a 100–400 mm, I positioned my camera and tripod in a clear area about 75 yards from the bears.

I observed them feeding on vegetation and whatever they could scratch up. The cubs ran back and forth across the arch of a downed tree as the mother lounged nearby in the treeline. Keeping a wary eye toward the onlookers, she stood, visibly nervous, as several in the crowd began to approach too closely for her comfort.

Sensing the threat and listening to the warning grunts of their mother, the cubs scurried about 20 feet up a nearby tree to safety. While it appeared to most of the audience that the youngsters were playing, it was actually survival instinct.

Now all on alert, the bears’ behavior changed, and the observation of bears in the wild without human interference ceased as they soon retreated deeper into the treeline. The onlookers, some of whom approached within less than 25 feet, left with pictures on their smartphones and no knowledge that they had ruined the experience while placing themselves at significant risk.

As you are exploring your favorite parks this year, please take care to observe the rules and regulations set forth by the parks. They are there for your safety and that of the wildlife. 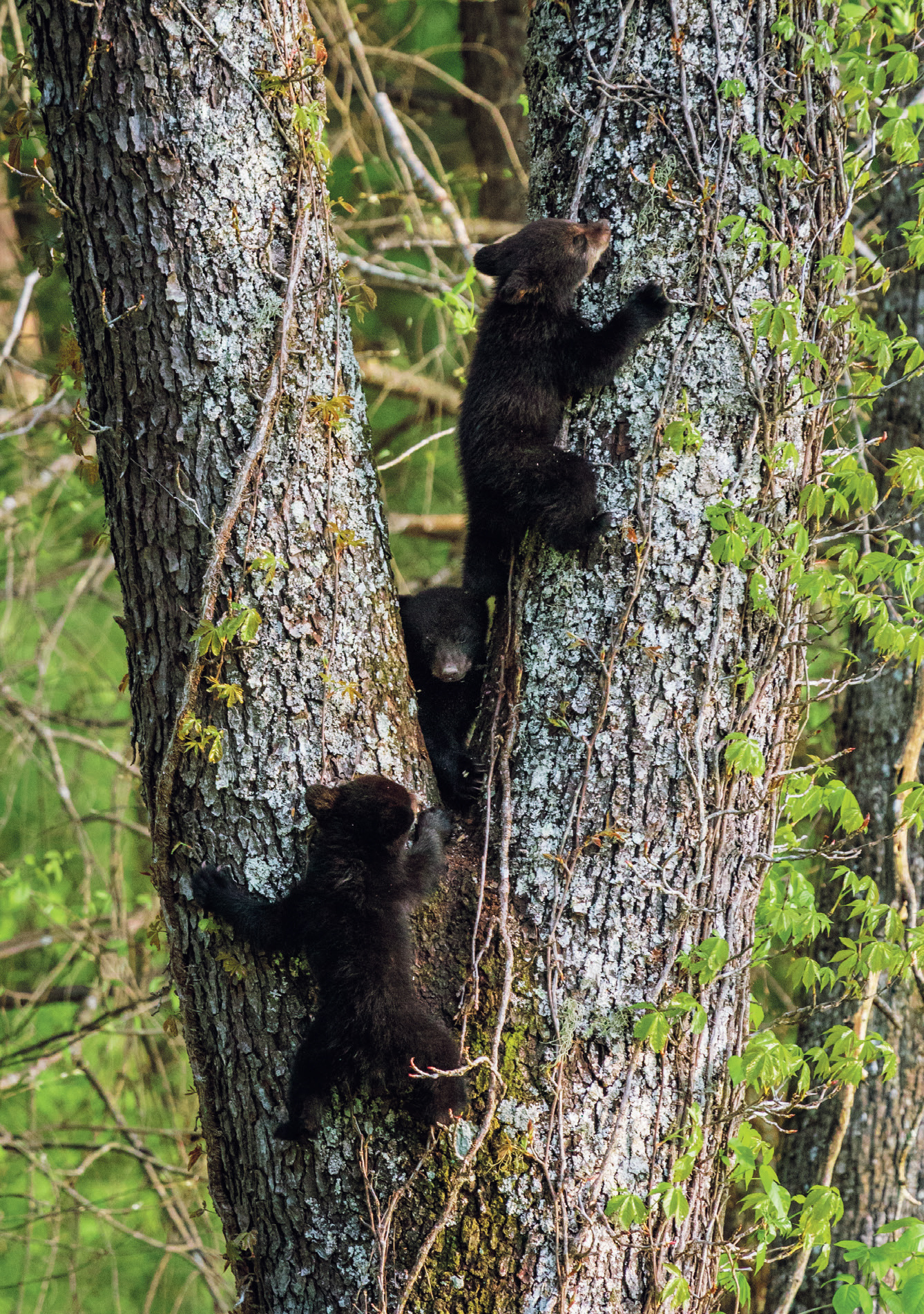