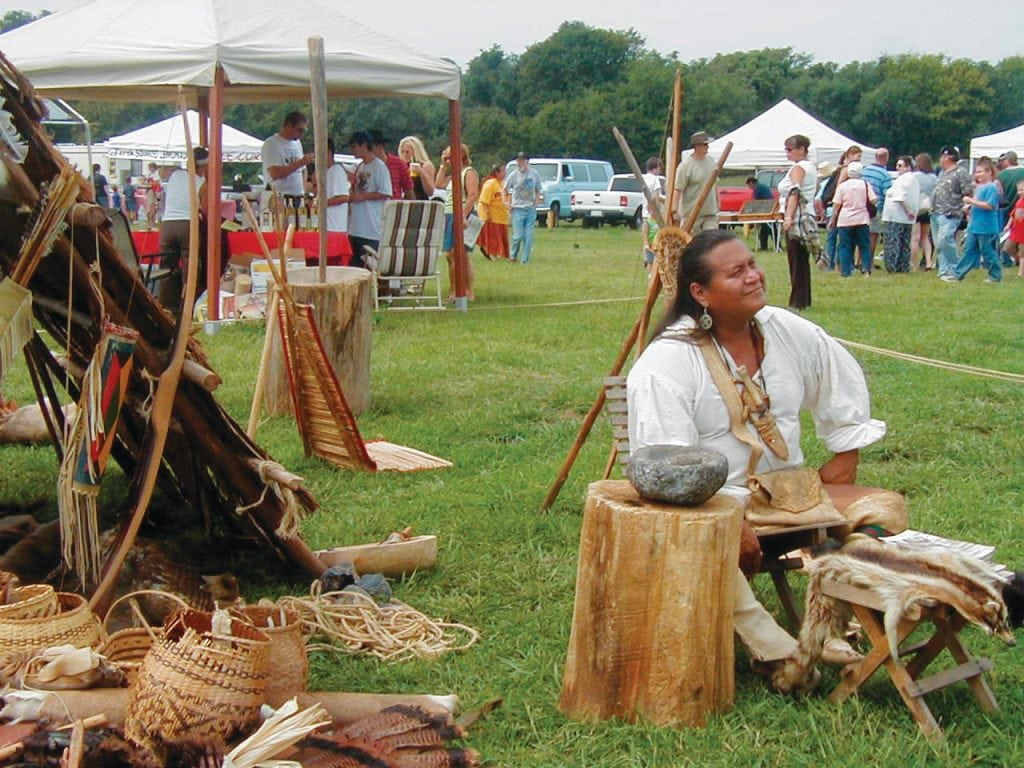 Across the state, Tennessee’s state parks, museums and historic sites mark the migration of the Cherokee people

Nearly two centuries ago, a whole nation of people was forced to move from the Southeast to a new home west of the Mississippi River. The Cherokee Nation survived the 900-mile trek over land and by water, but their numbers were greatly reduced due to the hardship, hunger, disease and physical challenges. More than 17,000 people were forced to relocate; only 75 percent of them survived the trip to settle in Oklahoma and build the sovereign Cherokee Nation that still exists today.

“At one time, the Cherokees were a strong nation that owned much of the land across what is now Tennessee, Georgia, Alabama and North Carolina,” says Troy Wayne Poteete, executive director of the Oklahoma-based National Trail of Tears Association. “They received treaty rights from England, France and Spain before the American Revolutionary War, but early American leaders, including Gen. George Washington and U.S. Secretary of War Henry Knox, renegotiated those treaties to take some of the land for some of the original 13 colonies, including Tennessee.”

The Cherokees assimilated into the culture of the settlers, adapting to their ways of farming and dress, peacefully living side-by-side in the late 1780s going forward. By 1825, the Cherokeees had formed their own national governing body, crafted their own constitution and set up their own government based in north Georgia at New Echota on the Oostanaula River.

“Much of their formal written organization was due to the Tennessee-born Sequoyah, who developed the written language of the Cherokees and introduced it in 1821,” says Charlie Rhodarmer, manager/director of the Sequoyah Birthplace Museum in Vonore. “Until that time, the Cherokees had no written language, relying on oral traditions. But with the development of the written word, they were able to put their government on paper and even publish a newspaper.”

Talk of relocation began as early as 1803, and some Cherokees moved west on their own. By 1830, Congress passed the Indian Removal Act, and other Cherokees gave up their land and moved west. A large contingent remained, split between those who thought their best chance of retaining their identity was to voluntarily move west and those who refused to give up their homeland. Several U.S. Supreme Court cases ensued, but when the Cherokees signed the Treaty of New Echota in 1835, they were forced to give up their original lands in exchange for 160,0000 acres in Oklahoma provided by the government. It would still be three years before the forced removal began. Once it did in 1838, Cherokees were taken from their homes by bayonet-bearing soldiers.

Southeast Tennessee is perhaps the richest area of the state for learning about the beginnings of the Trail of Tears. Forced to leave their homes, the Cherokees were rounded up and assembled in several locations in this area, including what is now known as Cherokee Removal Memorial Park (cherokeeremoval.org) in Birchwood. Today, the park’s exhibits, history wall, memorial wall and visitors center provide details of the events of the time.

Just east of Birchwood, Charleston also holds significance for the Cherokees. Fort Cass was an assembly area for more than 5,000 Cherokees who camped there while waiting to cross the Hiwassee River at Blythe Ferry before they began their 900-mile trek westward.

“Blythe Ferry was an important site of the Trail of Tears, as was Fort Cass in Charleston,” says Joy Montgomery, secretary of the Tennessee Trail of Tears Association. “It was there on the Hiwassee River that many of the removed Cherokees saw their homeland for the last time. More than 9,000 went through here on the journey west.”

Each year in November, Cherokees recognize the crossing by gathering at the river and laying a wreath in the river at Blythe Ferry. In honor of the 180th commemoration, this year the group is planning a re-enactment of the historic walk Saturday, Nov. 17, and various Cherokee dignitaries have been invited to attend.

“It’s amazing to stand at the actual place where the ancestors last saw their homeland,” Montgomery says. “It is so haunting to imagine what they experienced, and what they had ahead of them. You can really feel their spirits.”

Red Clay State Historic Park (tnstateparks.com/parks/events/red-clay) in Cleveland, the last location of the Cherokee nation’s government, has a visitors center with exhibits about everyday Cherokee life and replicas of 19th century buildings used by the Cherokees, including a farmhouse, council house, barn and corn crib plus three sleeping huts. The park presents a cultural celebration each August. On Sunday, Sept. 23, the park will host Dr. Daniel Littlefield Jr., who will speak about the African-American experience during the removal.

Farther northeast in Vonore, the Sequoyah Birthplace Museum (www.sequoyahmuseum.org), founded in 1986, has recently renovated and expanded its Cherokee exhibits. It will host the Cherokee Fall Festival this year on Saturday and Sunday, Sept. 8 and 9, with two full days of music, dance, Native American food, crafts and artisan demonstrations.

Though the 7,000-square-foot museum’s expanded exhibits focus on Sequoyah’s life and contributions, they also include an 1833 Otis Tufts Acorn printing press similar to the one used by the Cherokees and high-tech interactive maps. The museum shows two videos that further explain the artifacts of the Cherokees and the Trail of Tears.

“The remembrance of the Trail of Tears is important,” Poteete says. “But it’s not about what happened to our ancestors. Remembering allows us to honor the resilience, the tenacity and the perseverance of a nation that refused to be defeated. We don’t do it to appropriate their victimization to ourselves. We personally didn’t endure the Trail of Tears, and no one alive today had anything to do with that tragedy. We need to remember because of what we as the Cherokee Nation have become.”

A sampling of places to visit to learn more:

Audubon Acres (www.chattanoogaaudubon.org) in Chattanooga tells about the typical agricultural life of the Cherokees after they assimilated into the culture of the European settlers in the 1700s. It has a visitors center with exhibits and is the site of a log structure known as Spring Frog Cabin, the home of Cherokee Drowning Bear, who was removed on the Trail of Tears.

Cherokee Removal Memorial Park (cherokeeremoval.org, 423-339-2769) in Birchwood has a visitor center, history wall and memorial wall. It is near Blythe Ferry, which will host a commemorative ceremony and public event on Saturday, Nov. 17.

The Giles County Trail of Tears Interpretive Center (www.nativehistoryassociation.org/giles_totmemorial.php, 931-424-4044) details the two routes of the Trail of Tears that came through Pulaski. Its outdoor exhibits include a memorial, outdoor signs and a statue of a Cherokee family.

Great Smoky Mountains National Park (www.nps.gov/grsm, 865-436-1200) was home to many Cherokees before the removal. The Ohonaluftee Visitor Center and Museum in Cherokee, North Carolina, has videos and exhibits on Cherokee history.

Hiawassee River Heritage Center (www.hiwasseeheritage.com, 423-665-3373) in Charleston features an art gallery and interpretive panels that detail the role of Charleston in the Trail of Tears.

Moccasin Bend National Archeological District (www.nps.gov/chch, 423-821-7786) in Lookout Mountain, Georgia, is the site of one of the major routes of the Trail of Tears.

Red Clay State Historic Park (www.state.tn.us/environment/parks/RedClay, 423-478-0339) in Cleveland is a 260-acre park with replicas of Cherokee buildings — including a farmhouse, council house, barn and crib and three sleeping huts along with a visitors center.

Sequoyah Birthplace Museum (www.sequoyahmuseum.org) in Vonore tells the story of the Cherokees from the Paleo-Indian period and commemorates Sequoyah, who created the written language of the Cherokees in the early 19th century.

For more about the Trail of Tears Association, visit www.nationaltota.com.