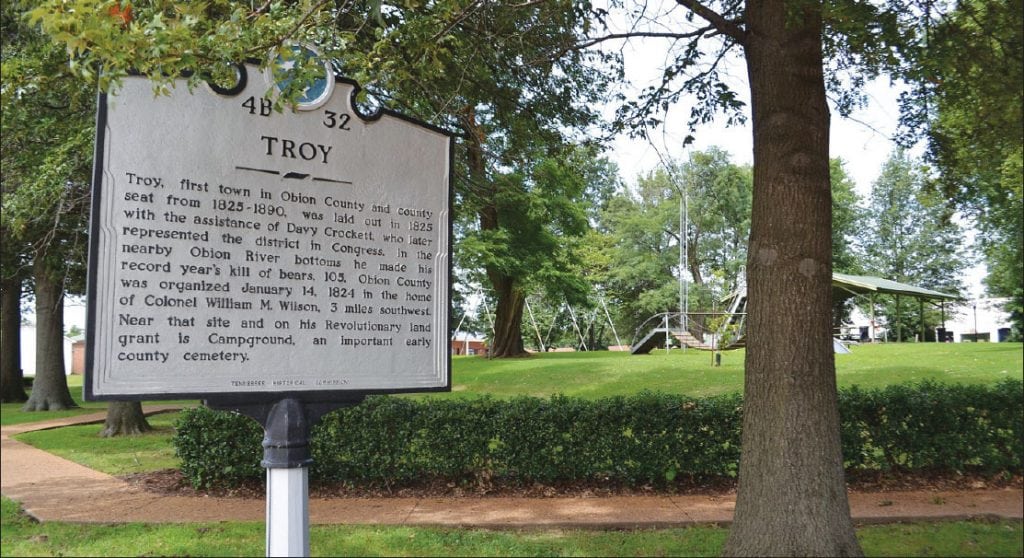 Tennessee has 95 counties. Each has a seat: a town, usually near the middle, where county government is based in a courthouse. The county seat is where citizens attend public meetings, speak to elected officials, register to vote, renew their license plates and catch up on the news.

In short, it is the center of local democracy.

Throughout Tennessee history, counties have sometimes moved their county seats — packed up the records of local government and built a new courthouse in a different town.

How many counties have done this? Five? Eight? Try at least 17.

Why? Various reasons, according to my research:

The development of railroads led the county seat to be moved.

Thanks to the Scopes Trial, Dayton’s courthouse is one of the most famous in America. However, Dayton wasn’t always Rhea County’s seat. The original county seat was Washington, a stop for flatboat traffic along the Tennessee River. After the Cincinnati Southern Railway bypassed Washington, the riverside community fell into decline, and Dayton became the county seat. Today, there isn’t much left of Washington other than an old log cabin that was recently donated to the Rhea County Historical Society.

Troy was the original seat of Obion County. In the 1880s, the Nashville & Northwestern Railroad came through and intersected with the Mobile & Ohio line in a place about 10 miles north of Troy. A town called Union City was laid out where the train tracks intersected, and the county seat moved there in 1890. In Troy today, there is a playground where the courthouse once stood.

The McNairy County courthouse was originally in Purdy. In the 1850s, the Mobile and Ohio Railroad bypassed Purdy. Several decades later, a courthouse was built at a new town along the railroad called Selmer.

When Houston County was formed, Arlington was the first seat of government. Citing the lack of a flat grade, the Memphis, Clarksville and Louisville Railroad put its station elsewhere when it came through. Because of this, Erin became the Houston County seat about a decade after the Civil War. The old Houston County Courthouse building is now the Arlington Cumberland Presbyterian Church.

The first seat of Lewis County was Gordon, then Newburg. After the Nashville, Chattanooga and St. Louis Railway bypassed Newburg, officials moved the seat of government to Hohenwald.

These examples might lead you to believe that all counties moved their seats to accommodate the railroads, but that’s not true. Railroads bypassed the Dickson County seat of Charlotte as well as the Washington County seat of Jonesborough. Neither county moved its seat as a result of the railroads.

The domination of the county by one city made moving the seat obvious.

During the Civil War, thousands of people died in the battles near and in Memphis and Chattanooga (especially Chattanooga — the most-fought-over city on the Western Front). However, at the time, neither of those cities was a county seat.

When Shelby County was formed in 1819, its seat was Raleigh, a community in the middle of the county on the high bluff of the Wolf River. The courthouse remained at Raleigh until 1866, by which time Memphis dwarfed Raleigh in population and became the county seat. Today, Raleigh is an unincorporated part of the county.

Hamilton County was formed the same year as Shelby County. At the time, everything east of the Tennessee River in southeast Tennessee was Cherokee land. Hamilton’s first seat was Dallas — a stop for flatboat traffic that was in some ways similar to the original Rhea County seat of Washington. In 1840, Hamilton County’s seat was moved across the river to Harrison. It wasn’t until 1870 — five years after the Civil War ended — that the courthouse came to Chattanooga.

Today, most of the land on which the towns of Dallas and Harrison were located is under Chickamauga Lake.

The original county seat was probably known to be temporary.

In the early days of Middle Tennessee’s settlement, a community called Jefferson popped up where the Stone’s River branches off into east and west forks. This was a convenient place to cross the river, and Jefferson was Rutherford County’s seat for the first eight years of the county’s existence. In 1811, the seat was moved to Murfreesborough (later spelled Murfreesboro). Today, Old Jefferson is an abandoned, hard-to-reach area just west of Interstate 840.

Finally, when Marion County was formed, the government was run out of a private home in a place known as Cheekville. After only a year or so it was moved to Jasper.

The creation of a new county caused the county seat to be shifted.

Reynoldsburg was the original county seat of Humphreys County. When a new county (Benton) was created west of the Tennessee River, Humphreys County needed a more central location for its courthouse and moved its seat to Waverly.

Perryville was the original county seat of Perry County. When Decatur County was carved out of Perry, Harrisburg became the site of the Perry County Courthouse. Linden became the seat in 1848.

I’m not sure, to be honest.

Let’s start with three adjacent counties on the Cumberland Plateau.

If you look at Anthony Finley’s 1825 map of Tennessee, you will see that Jackson, Overton and Morgan Counties were adjacent to each other, and all reached to the Kentucky state line at one time. (This would later change with the creation of Clay, Pickett, Fentress and Scott counties.) What’s curious about this trio is that all moved their county seats.

I’m not sure, but I believe that each of these county seats was moved for a combination of reasons: to better locate the courthouse near emerging east-west turnpikes and to find a more central location after new counties were formed. 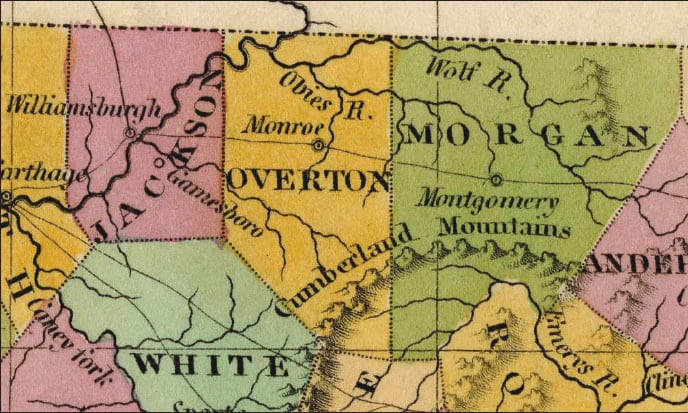 One more point about Tennessee and the movement of its county seats: According to my research, a county hasn’t moved its seat for nearly 150 years. Therefore, I think we can safely say that the practice of moving county seats is, in fact, history.