A Good Walk, not Spoiled 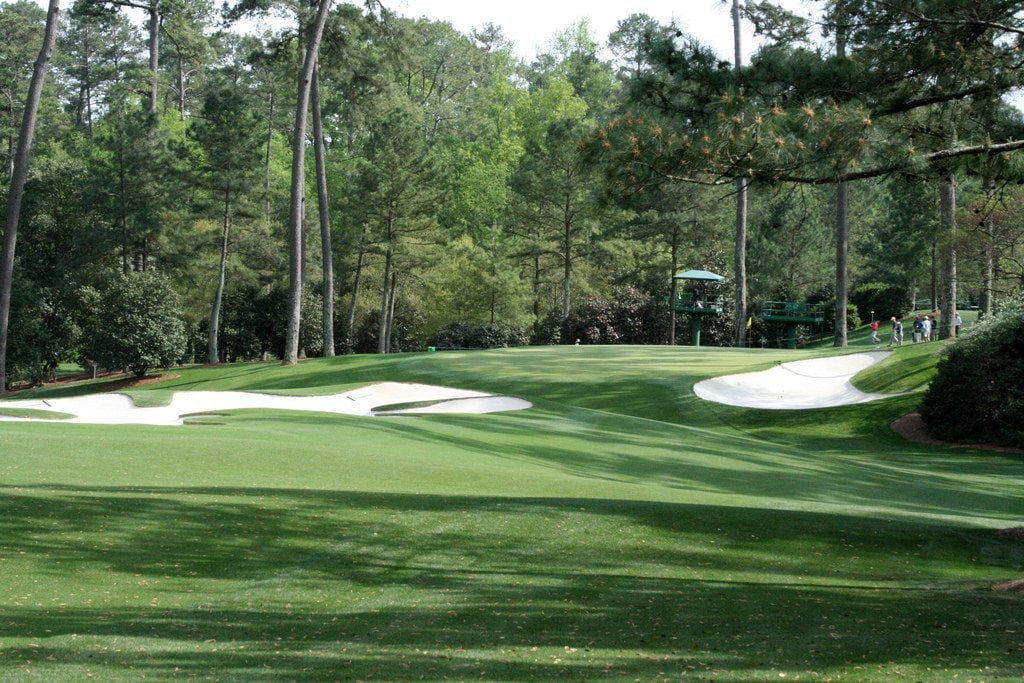 This April, I was able to fulfill a lifelong dream. After trying for 15 years, I was selected to purchase four daily passes to the Masters in Augusta, Georgia. If you are a golfer, no further explanation is necessary. If you are not, you should know that Masters tickets are among the most difficult to acquire for any sporting event. To say I was excited is a bit of an understatement.

Often billed as “a tradition unlike any other,” the Masters Tournament dates to 1934 when 10 golfers set out to conquer the Augusta National Golf Club and win $5,000 worth of prize money. In the years since, the tournament has become the standard by which all other professional golf events are measured. Millions of people around the world watch on television, and $11 million was awarded to this year’s participants.

I have spent most of my adult life admiring the beauty of the towering pine trees, azalea bushes, Bermuda fairways and bentgrass greens — on television, of course. As I walked through the gates, my eyes were not disappointed. The first thing that caught my eye after ascending the walkway was the most immaculate turf I’ve ever seen on a golf course. And that was just the practice range!

What makes the Masters such a tradition is its strict adherence to the rules and customs of the game. The manicured grounds are painstakingly maintained, not just for visual beauty but primarily to minimize imperfections that might negatively affect the architect’s design and how a player might approach each shot. Officials assist players on each hole to ensure that no rule is broken without the appropriate penalty being incurred. The integrity of the game comes first.

Similarly, the people involved are treated with utmost respect. Those who come to view the tournament are not just fans or spectators; they are “patrons.” Members of the club wear green jackets and ties. Past champions gather each year for a dinner where stories are told and retold.

As I walked the grounds and watched some of the world’s best golfers, I was taken aback by how many support personnel were required to make the tournament a success. Parking lot guides, security personnel, groundskeepers by the dozens, concessions workers, litter patrol, gallery control, tee-box marshals, rules officials, television crews and even bathroom attendants were working efficiently to ensure that the only thing that drew your attention was the game of golf. They are behind the scenes, working overtime to make the Masters, well, the Masters.

As I drove back to Tennessee, it occurred to me that my community benefits from an organization that operates in much the same manner. My electric co-op, much like yours, has a legion of people whose primary mission is to be so good at their jobs that you don’t even notice they are there, diligently working to make sure the energy that powers our communities remains uninterrupted.

Augusta National Golf Club would be nothing but pretty landscapes without the golfers who actually play the game. Similarly, your co-op would be of little value without the men and women who work so hard on your behalf. Much like the golf course is designed to be played in a certain manner, the miles of wires and thousands of poles that deliver power to your home were painstakingly constructed and are maintained to a high level of care so they can operate reliably and safely.

While I sincerely doubt that millions of people will tune in to watch a crew of co-op linemen rebuild conductors along a three-phase circuit, I do know that a great many people appreciate their work on a daily basis. I have a new appreciation for the people who work so diligently to ensure that the only thing I have to notice is the end result.