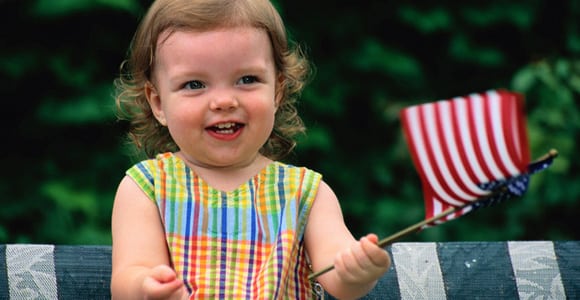 “It will be celebrated by succeeding generations as the great anniversary festival. It ought to be commemorated as the day of deliverance, by solemn acts of devotion to God almighty. It ought to be solemnized with pomp and parade, with shows, games, sports, guns, bells, bonfires, and illuminations from one end of this continent to the other, from this time forward evermore.”
— John Adams, second letter to Abigail Adams, July 3, 1776

In my opinion, no single act has shaped modern human history as much as the Continental Congress declaring the United States of America to be a free and independent nation. The ripples of this audacious decision have been felt across the globe ever since. However, as you might remember from history classes, the struggle to realize this declaration took another five years of bloodshed and two more years of negotiation. The Treaty of Paris, which granted formal independence to the American colonies, was signed in September 1783. This was nearly two years after Gen. Charles Cornwallis surrendered the British army at Yorktown, Va.

The courage that was required by the 56 men who signed the Declaration of Independence was astounding. They surely knew that by affixing their names they would be labeled as traitors to the British crown, the most powerful nation in the world, and likely be signing their own execution papers. Yet they did it anyway, John Hancock boldly making sure his signature was large and clearly seen.

Yet, despite the amount of time that lapsed from the day Hancock famously affixed his signature to the date of actual independence, we continue to celebrate July 4 as the birth of our country. And rightfully so. I hope you will take some time and heed the suggestions of John Adams. Attend a parade, host a picnic for friends and family, play a game with your kids and cheer loudly as the fireworks explode overhead.

The courage of our founders greatly inspires me. Almost every time I travel to Washington, D.C., I take time out of my schedule to visit the National Archives and view the original copy of the Declaration of Independence. I take some time to look at the old and weathered document and think about what those men must have been feeling as they signed away their lives. Was it pure joy, apprehension — or both? I also typically take a moment to pray and thank God for their bravery. We live in the most prosperous nation in the history of the world and are showered with unprecedented blessings because of our founders’ actions.

Your local electric cooperative is keenly aware of these blessings and takes a lot of pride in providing you with the energy required to enjoy so many of them. While I might celebrate July 4 with a day on the lake or perhaps by enjoying a quiet morning at home, many of the men and women of your co-op will be hard at work ensuring the flow of power remains uninterrupted and your events go off without a hitch. These dedicated employees are devoted to protecting your way of life, providing the necessities we take for granted and the luxuries we freely enjoy. They are willing to sacrifice their own time and fortunes to ensure the blessings of others. Maybe that work is not as glamorous as signing the Declaration of Independence, but I think it’s pretty darned inspiring, too.

Another way your cooperative shares the blessings of our liberty is by providing a way for young people in your community to experience American history first-hand. You will read in the pages of this magazine next month about the annual Washington Youth Tour, sponsored by your local cooperative and the Tennessee Electric Cooperative Association, but I hope you are fortunate enough to hear the story directly from the young people your cooperative sponsored this year. As you read this article, they will have just returned from Washington, D.C., and their experiences will be fresh. I assure you these young men and women will be full of enthusiasm — phrases like “trip of a lifetime” and “awe-inspiring” will likely fill their explanations to you.

And once ignited, the enthusiasm these young people feel for the “Great American Experiment” is hard to extinguish. Nearly 50 years after penning his prediction about how Americans would commemorate our “day of deliverance,” Adams was asked to suggest a toast be made to his name. He replied: “It is my living sentiment, and by the blessing of God, it shall be my dying sentiment: Independence now and Independence forever.” Four days later, he lay on his deathbed and could hear cannons firing outside. In what might have been among his last words, he very simply shouted, “Independence forever!” The day was July 4.