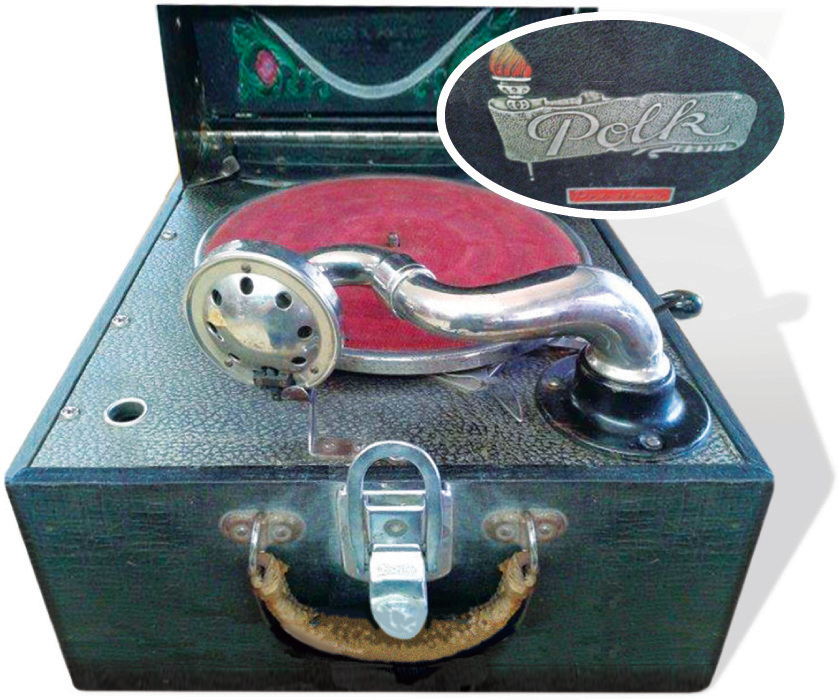 I have several items from my parents. This set includes a cigarette case and lighter in a blue velvet case. The back of the lighter is marked “Sterling” and also has “PKS” in a diamond outline. I would appreciate it if you could give me an idea of the value. 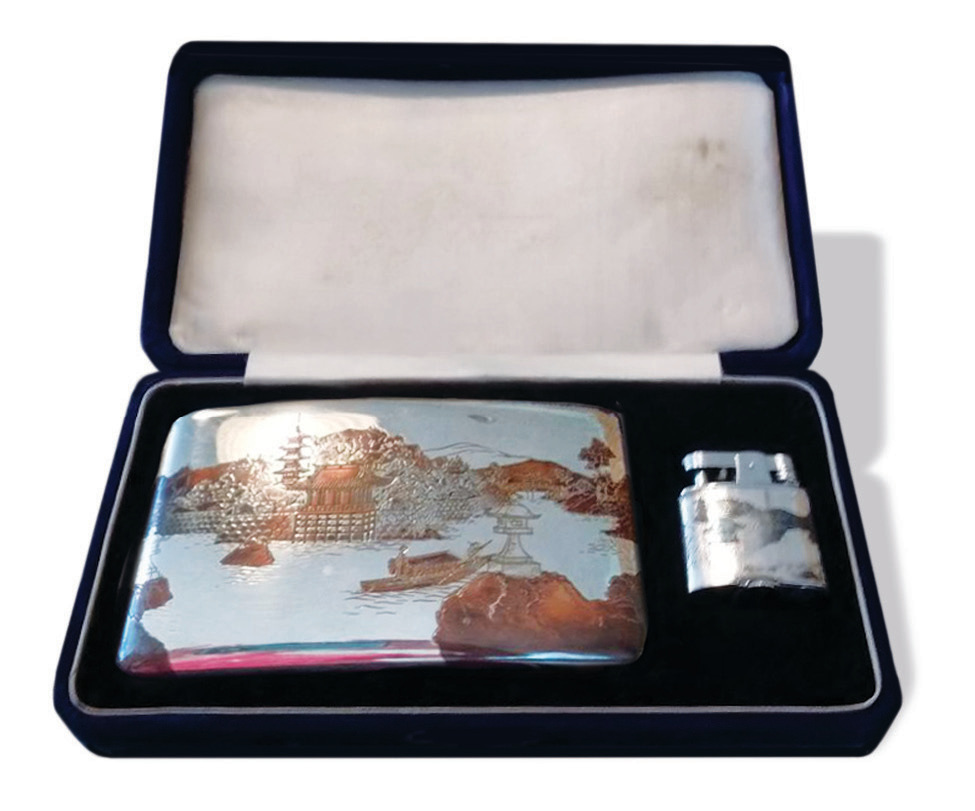 The “PKS” mark indicates this engraved sterling and copper cigarette case and lighter set was made in occupied Japan, 1945 to 1950s. Although similar sets were made earlier, the PVS clue sets the date after World War II.

With the fitted presentation box, a retail value in a busy tourist shop could top $300. Personalized and dated engravings could add $100. From a tag sale conducted by knowledgeable selling agents who know their market, the set might bring as little as $125.

This secretary has been in my family for at least 60 years. I will be 69 soon, and my first recollection of it is in my house in Mississippi when I was about 7 years old.

In the mid ’70s, my mother decided to have it cleaned up. What a surprise when we saw the burl wood roll top. When my brother passed away in the early ’90s, I was fortunate enough to get the desk and bring it with me to Tennessee.

I am not looking for a value on this piece; it is priceless to me, and I hope to pass it along to one of my children one day. I am wanting to know more about it … how old it might be, who manufactured it and where.

Your family’s secretary is described as a cylinder roll-top with fitted interior glass doors on top, door and drawers below. It was made around 1875. I see them fairly often in homes. In the 1970s, lots of people wanted to own Victorian-era secretaries. Consequently, many like yours were inherited.

I don’t know the manufacturer. They were mass produced by Victorian standards. Parts were made by hand and assembled in a loosely formed production line. During the Victorian era, a city-dwelling, cash-wielding population was able to purchase fine furniture for their homes. This was the beginning of today’s middle class consumer.

Can you tell me anything about this? Does it have ties to the James K. Polk family somehow?

The James K. Polk furniture company in Atlanta offered the “Presidents” series gramophones in the 1920s. It was remarkable in that the speaker was inside the portable box, thus eliminating the cumbersome horn-shaped sound amplifier.

President James K. Polk died in 1849. The Presidents series and James K. Polk were marketing ideas at a time when Victrola ruled the record player industry. Other manufacturers were reaching for their market share.

This simple mechanism for playing records may go up in value. Younger buyers have an interest in early music and might enjoy restoring this little record player. Enthusiasts predict restored and perfect models will sell for more than $300.