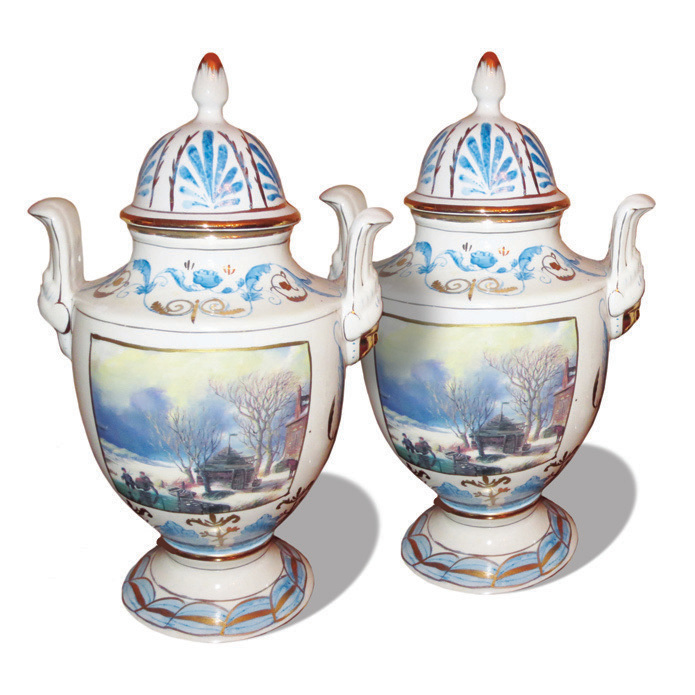 My parents owned a grocery store/ice cream parlor in Buffalo, New York, in the 1950s. This was a fresh-squeezed-juice dispenser they had on the countertop. It says “LASH’S” on the green glass.

Lash’s sold fruit juice concentrate. Stores either rented or bought dispensers like yours for display and to sell fruit juice to customers. Ultimately, though, the dispenser served to sell Lash’s concentrate so people could make batches of fruity juice at home.

It’s nice to have the memory of growing up in the family-owned store. Your Vaseline-colored glass dispenser might sell today for $350 to $450. 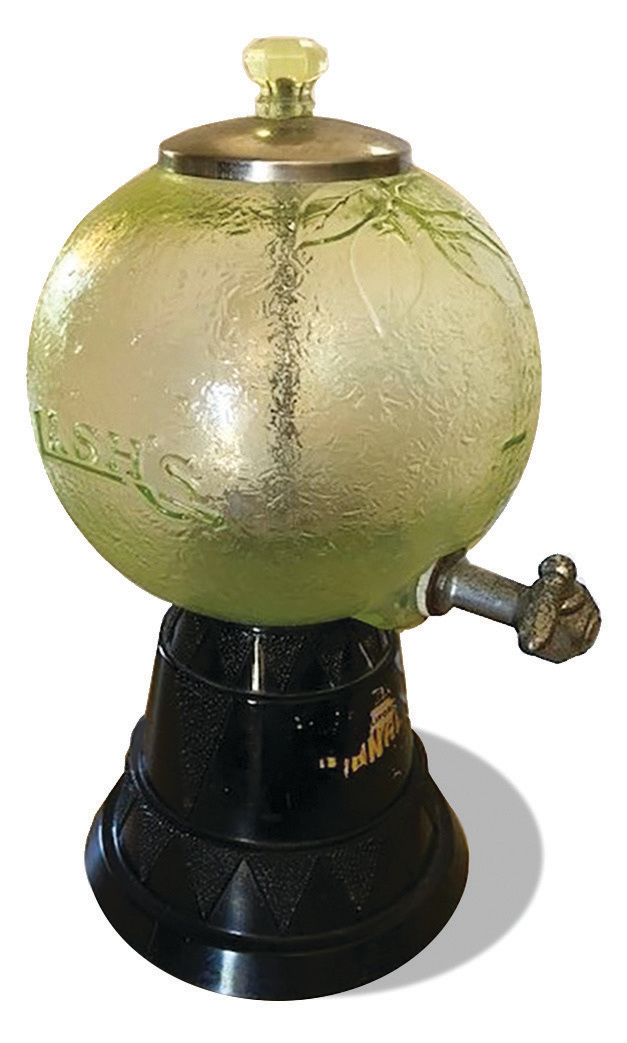 Approximately a year ago, I found these two urns in an “antique” store in Middle Tennessee. The classic shape and their colors (teal and gold) drew me to them. They are approximately 12 inches tall and pristine in condition.

I doubt they are very old, but I had never seen any that had a pioneer scene on them, and it’s not what I would expect to see. A mystery I hope that you can solve.

The urns have no marking on anything that I can locate. I do like them, but I find that the scenes (same on both) are unusual for the classical design of the urns.

Without solving the mystery, here’s what I think: Although the teal and gold flourishes were painted by hand, the framed identical images of a log cabin snow scenes are decals. Enlarging the image allowed me to see the telltale dots indicative of a decal. The silver faces with implied turbans at the bases of the handles are certainly random. The combination of motif and forms indicate advanced manufacturing technique.

The absence of a mark is frustrating. There may have been a foil or paper label, since lost. I really think your urns were produced circa 1975. Blue was our favorite color in the ’70s, and we were in a nostalgic state of mind in anticipation of the U.S. bicentennial.

I’d expect to see a price around $65 to $100 on the pair in an antique mall. A high-end tourist shop could double this price.

Can you tell if this handmade one-board chest is worth much? It has a split on the top where someone sat on it. It has a foot missing and half the trim on one corner.

I know it is old, but it is also well used. I’m using it now and love it.

In the 1970s, I sold six-board (one board each on top, bottom, sides, front and back) pristine chests for around $650. Hand-planed, wide boards and a nice patina make an impressive piece of furniture.

Although someone may have damaged your blanket chest using it as a bench, the crack was most likely started because wood will shrink and split as it ages. The sitter hastened the break. If you’ll put some knick-knacks on top, it will keep people off. 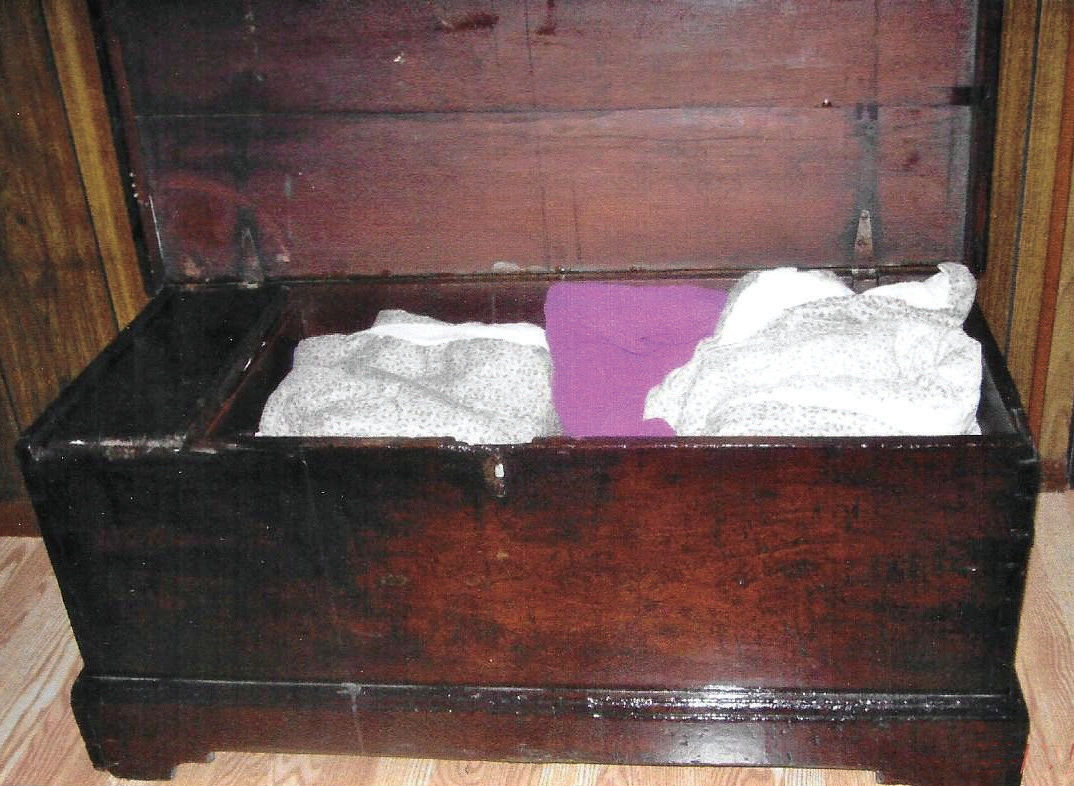 The boxed storage area on the left-hand side of the blanket chest was often used for separating greasy candles from linens. I can see lines on the inside of the hinged top indicating the original, rat-tail-shaped hinges. The damage isn’t a bother. The finish might need attention to even the patina a bit. If you need to sell, I’d ask around $485. It remains to be seen if values will go up or down. Everything’s tentative as we deal with the pandemic.