New standards may make a difference to Tennessee’s historic sites 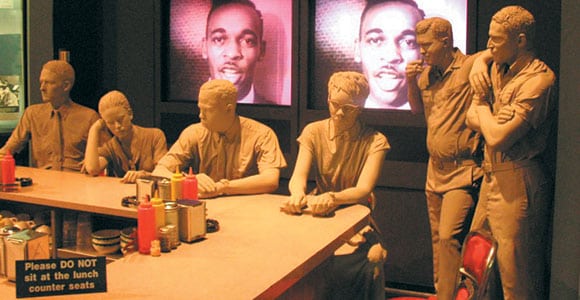 During the first six months of this year, a committee assigned by the Tennessee Department of Education wrote a new set of social studies standards. On July 26, these standards were adopted by the state board of education. They will go into effect during the 2014-15 school year.

In addition to being good for students, these changes should help some historic attractions. Here are some of the sites and museums that should benefit:

Civil War battlefields. The previous fifth-grade standards told teachers to “describe the role of Tennessee in the Civil War,” while the previous eighth-grade standards directed them to “identify Tennessee’s role within the war.” These vague directives caused confusion about exactly what to teach.

Tennessee’s Civil War sites and battlefields — and there are many of them — should see an increase in student traffic because of these changes.

Civil rights-related attractions. The new standards are especially strong when it comes to civil rights history in Tennessee. In fact, they have already been given the highest score in the nation by the Montgomery, Ala.-based Southern Poverty Law Center.

Tennessee’s fifth-grade teachers will be required to cover three Tennessee events: the development of the Highlander Folk School, the integration of Clinton High School and the assassination of Martin Luther King. Teachers of the high school American history and geography class will cover those three things, along with the Columbia race riot of 1946, the “tent cities” of Haywood and Fayette counties and the Nashville sit-ins.

All of this should mean increased business for the National Civil Rights Museum in Memphis and the Green McAdoo Cultural Center in Clinton (which commemorates the integration of Clinton High School). Down the line, it might mean that there is enough interest in Highlander that the former Highlander property in Grundy County could be converted into a civil rights museum and conference center.

Sycamore Shoals. I am happy to say that there is a dramatic increase in the amount of material related to the original settlement of Tennessee, a topic covered in fourth and eighth grades. The formation of the Watauga Association, the Transylvania Purchase, the Cherokee War of 1776, the Donelson Party journey and the early settlement of Nashville are all listed in the new standards.

These events happened all over East and Middle Tennessee. But if there is a location central to the whole saga, that would be Sycamore Shoals State Historic Area.

Jennifer Bauer, park manager at Sycamore Shoals, said the increase in the standards is happening at a great time. “First we just opened our new interpretive center, and now this,” she says.

Cherokee sites and events. The new standards contain more references to Cherokee culture — things such as the “clan” structure of Cherokee society, the use of the summer house and winter house and the roles of principal chief and beloved woman. This should help Cherokee sites such as Red Clay State Historic Park in Polk County and the Sequoyah Birthplace Museum in Monroe County.

James White’s Fort and Fort Southwest Point. The new fourth- and eighth-grade standards mention the Treaty of the Holston, a 1791 agreement the U.S. government signed with the Cherokee Indian nation in present-day Knoxville. This is good news for White’s Fort, the downtown Knoxville site that commemorates the treaty.

The Memphis Cotton Exchange. A new eighth-grade standard directs teachers to explain how Memphis became the “Cotton Capital of the South.” This should result in more field trips for the Cotton Museum at the Memphis Cotton Exchange. A lot of time, money and attention to detail have gone into this facility, which shows how Memphis became the center of the South’s cotton industry.

Prehistoric sites. The previous standards did not mention any prehistoric Tennessee sites. The new standards direct fourth-grade teachers to cover Pinson Mounds, Chucalissa and Old Stone Fort. This should affect Chucalissa in particular, since it is located in Memphis.

Coal Miners Museum in Lake City. New in high school American history and geography is a standard that requires the teaching of the Coal Creek labor saga. I was glad to hear this, considering all the work Barry Thacker and others have done to raise awareness about Anderson County’s labor strife in the 1880s and the tragic explosions that followed.

The Cumberland Homesteads. The Great Depression is covered in the fifth grade and in the American history and geography class taught in high school. Previous standards did not cite anything in particular about Tennessee and the New Deal, except the Tennessee Valley Authority. The new standards mention the Cumberland Homesteads — the planned community east of Crossville.