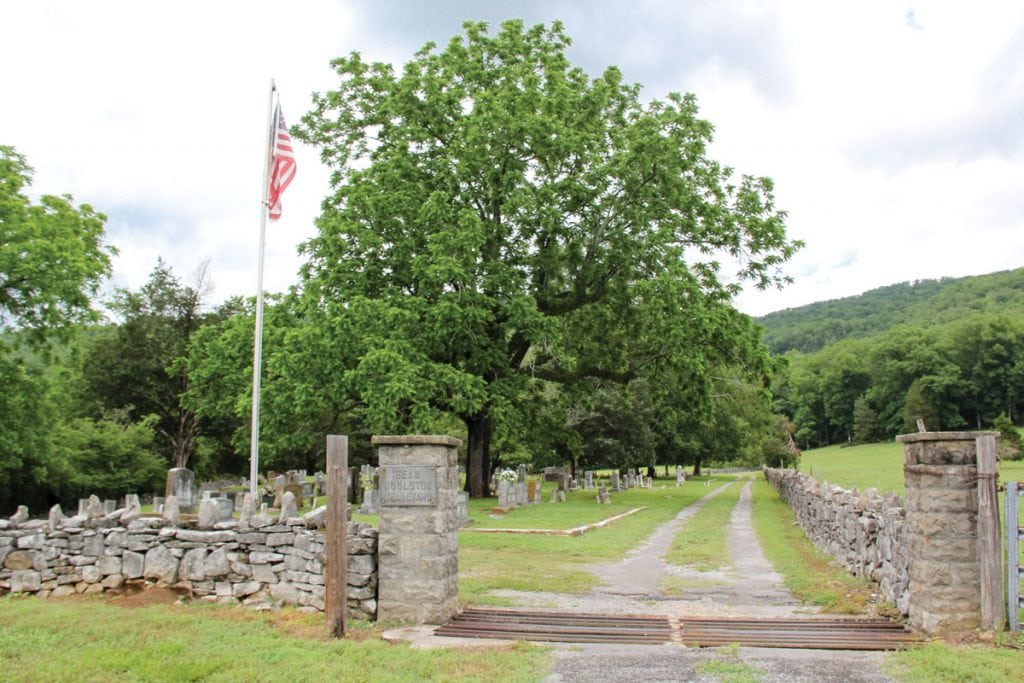 I recently learned that the tiny family cemetery near my office in suburbia is the final resting place of a Revolutionary War veteran.

The first thing to become clear was the fact that there can never be a complete list of American Revolutionary veterans. Frontier military units often left incomplete records (or no records at all). We simply don’t know about many of the soldiers killed in battle or who died on the way home from fighting.

Also, the term “Revolutionary War veteran” doesn’t just refer to those who fought at Kings Mountain, Saratoga, Yorktown and in other battles to the east. Since the British supplied arms to Native American tribes and encouraged them to attack Tennesseans on the frontier, everyone who left home to fight against the Cherokee, Creek and Shawnee during this era is considered an American Revolution veteran.

So, given these considerations, about how many veterans are we talking about? And what can we say about where they are buried?

The book “Roster of Soldiers and Patriots of the American Revolution Buried in Tennessee” lists the names of about 4,500 veterans interred in Tennessee. In some cases, the book cites the county in which the person is buried; in rare cases, the cemetery is included. But most of the time, the lead compiler (Lucy Womack Bates) was unable to find that information.

Cross-referencing names from the book with information on the internet, I concluded that most Revolutionary War veterans in Tennessee are buried in unmarked graves. We might know the county or the general area where the man was buried, but we don’t know the exact location.

Having said all this, here are some cemeteries in Tennessee that have concentrations of Revolutionary War veterans:

I recommend you call your local Daughters of the American Revolution or Sons of the American Revolution chapter and research your corner of the state. What you will probably discover is that you have been driving right by a Revolutionary War veteran every day without realizing it. They are scattered all over the state as far west as Shelby County, which contains 19 such graves. In Kingsport, you will find the final resting place of James Gaines next to an apartment complex. A block from Cool-Springs Galleria in Williamson County is a small family cemetery that contains the remains of Revolutionary War veteran George Mallory.

Many history enthusiasts know that Nancy Ward of the Cherokee Nation warned early Tennessee settlers about an impending attack by the Chickamaugans. The trader she warned, Isaac “Big Shoulders” Thomas, fought in the American Revolution and is buried in the heart of Sevierville.

My favorite Revolutionary War grave is that of Joseph Greer, reportedly a giant of a man who fought at Kings Mountain and was chosen to deliver the news of the victory to Congress. The journey, mostly on foot, from the southern Appalachians to Philadelphia was treacherous. On at least one occasion, Greer hid in a hollow log to avoid being captured by the enemy. When he got to Congress Hall, the sergeant-at-arms tried to block Greer’s way as he entered the chamber. He pushed the officer aside, announcing to Congress that an army of frontiersmen had crushed Patrick Ferguson’s Tory army at Kings Mountain.

“With soldiers like him,” George Washington reportedly said, “no wonder the frontiersmen won.”

Joseph Greer is buried near Petersburg in Lincoln County. The last time I was there, the site was in good condition. But it isn’t easy to find. Do your research before you go, and don’t hesitate to ask for directions if you get lost.